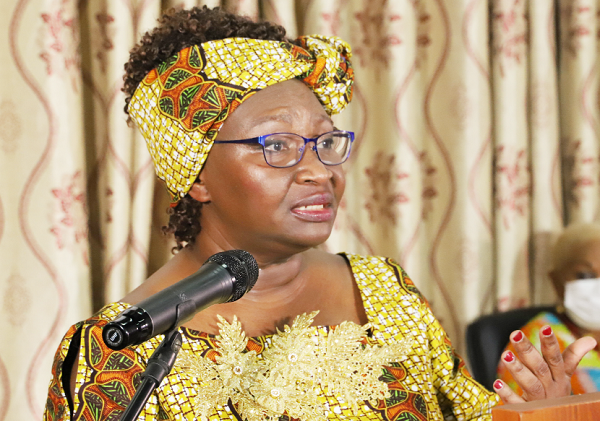 A Curriculum Design Specialist at the University of Dayton in the United States, Dr Dorothy Mensah-Aggrey, has underscored the importance of expressing gratitude to people while they are alive instead of writing long eulogies when they are no more.

She stressed the importance of letting people know “that we are grateful for the things they have done for us”.

Dr Mensah-Aggrey said this in an interview with the Daily Graphic in Accra at the launch of her book, “Thank You! I’ll Say It Again”.

The 230-page book is on the importance of showing gratitude to people.

Dr Mensah-Aggrey explained that her motivation to write the book came from how grateful she was to doctors after undergoing a series of surgeries.

"I kept saying how grateful I was and my father finally said why don't you write it down and so that was the inception of the book," she said, adding that it was not only the doctors and nurses but that some other people who had met her had impacted her life positively.

“I think that when we live an attitude of gratitude, it makes a change in people’s lives. So maybe, if I wrote this, I could encourage people to begin living a life of gratitude.”

Dr Mensah-Aggrey expressed the hope that the book would encourage people to live a life of gratitude and quoted 1 Thessalonians 5:18 which, among other things, admonished Christians to give thanks in all things.

She said the book, which contained pictures, was written in simple English so that people 10 years and above, could read it.

“I am hoping that everyone who reads this book would do one thing at least; find somebody to whom they are really grateful, express that to the person and then watch the effect,” she said.

She said she decided to use pictures in the book because they told stories graphically.

Moreover, Dr Mensah-Aggrey said with the book, she was trying to praise the Lord for all that He had done for her.

she said and that she decided to use the story of the 10 lepers in the Bible (Luke 17:11-19) where one of them returned to give thanks after they were healed by Jesus.

The book was launched by a former Minister of Local Government and Rural Development, Mr Akwasi Opong-Fosu.