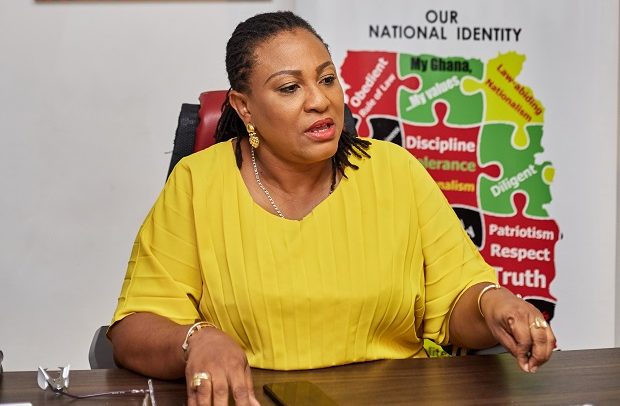 The National Commission for Civil Education (NCCE) has described the 2020 presidential and parliamentary elections as generally successful in spite of the isolated incidents that were recorded.

According to the NCCE, the elections had been generally orderly, peaceful, smooth and Ghanaians had comported themselves.

The Chairperson of the NCCE, Ms Josephine Nkrumah, who said that in an interview with the Daily Graphic, noted, however, that there were isolated incidents of few disruptions and a few technical matters which stalled the voting process.

Again, Ms Nkrumah said there were other incidents at places such as Akomadan and Asawase and that “we are trying to get further and better particulars of the incidents but “we are praying that people would exercise restraint, would be measured and that we would have an orderly counting which would be a reflection of what went on during the day”.

The NCCE chairperson attributed the success of the polls to a combination of factors, including the splitting of polling stations, as well as the education of voters on the need to conduct their activities in a peaceful and orderly manner.

“You must also understand that we continue to mature in our democracy.

“As you see, every election cycle is an improvement over the previous one and so we are saying that as a country, our democracy and especially the conduct of elections, is becoming even more transparent, fair and free for all and we are saying that people are beginning to see the elections as a contest of ideas,” she said.

Ms Nkrumah said the election had made her proud to be a Ghanaian and prayed that the minor incidents that were recorded would not increase and would remain as such.

“My advice is that this is democracy and this is the exercise of our sovereign will as a people and we hope that when the Electoral Commission declares the results, they would be accepted by all,”she said and expressed the hope that all would be restrained in their jubilations,” she said.