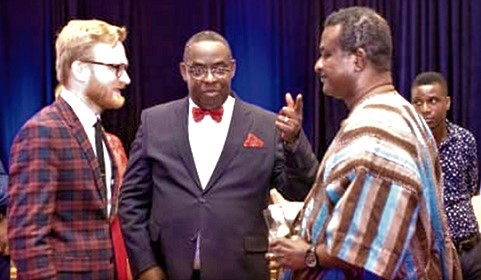 The first electric light rail transportation, also known as the Tram System, is to be launched in Kumasi, the Ashanti Regional capital.

The project, which forms part of the government's effort to ease traffic congestion, particularly in urban centres, will be fully financed by the Czech Government at a total cost of about 180m Euros.

A feasibility study has already been completed and the report handed over to the Ministry of Railway Development in September 2020, but the project had to be delayed because of the 2020 electioneering.

A consortium of seven companies from the Czech Republic, led by Knights a.s., will commence work next month.

The Chief Executive Officer (CEO) and Chairman of the Board of Directors of Knights a.s., Dr Karl Laryea, announced this at the launch of the company's 25th anniversary in Accra last Friday.

The Tram System is one of the sophisticated transport systems in Europe and operates on a rail that travels on tramway tracks on urban streets.

The technology is currently being developed in the country by Knights a.s. of the Czech Republic, in collaboration with the Ministry of Railway Development.

Speaking to journalists after the launch, Dr Laryea said the system would operate on three main lines to reduce travel time.

He said there would be a transfer of technical know-how to the indigenes to enable them to manage the system on completion.

"In this regard, Knights a.s. has facilitated the signing of a memorandum of understanding (MoU) between the Kwame Nkrumah University of Science and Technology (KNUST) and the Czech Technical University in Prague.

“The MoU will enable Ghanaian professors and technicians to be trained in the Czech Republic, and they in turn will teach students in the Engineering and the Transportation faculties of the KNUST on how to operate and maintain the system," Dr Laryea added.

"As part of the project, we intend to build about 50MW of power plant. The idea is to sell the power to the ECG and take the amount of power needed from the company.

“The system will be operated on a build-operate-transfer (BOT) basis, since this is a new technology in the whole of West Africa," he said.

The Minister of Roads and Highways, Kwesi Amoako-Atta, in a speech read on his behalf, expressed appreciation to Dr Laryea and his company for their role in the economic transformation agenda of the country.

The Deputy Head of Mission of the Embassy of The Czech Republic in Ghana, Matej Denk, said the relationship between his country and Ghana dated back to the early days of Ghana’s independence.