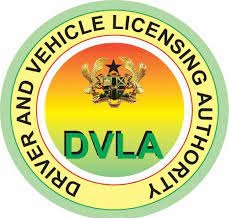 The Chief Executive Officer (CEO) of the Driver and Vehicle Licensing Authority (DVLA), Kwasi Agyeman Busia, has directed all offices of the authority across the country to strictly implement road safety compliance and enforcement regimes to help reduce carnage on the roads.

Mr Busia also asked the DVLA officers to religiously adhere to reforms targeted at plugging loopholes to make it difficult for criminal elements to infiltrate the driver licensing and vehicle registration process.

For instance, he observed that the new eye testing regime introduced last month, which makes it mandatory for applicants for licence to present a certified eye test results from designated centres, was crucial to reducing road crashes.

Again, he said, the switch from manual to digital processing of documents, online application for licence, as well as integration with the National Identification Authority (NIA) data base, were revolutionary reforms for effective service delivery.

He, therefore, urged the DVLA offices to work to ensure the successful roll out of those initiatives.

Mr Busia gave the directive when members of the DVLA Board and top management team of the authority paid a working visit to four of its offices in the Greater Accra Region.

The team included the Chairman of the DVLA Board, Frank Davies; the acting Director-General of the National Road Safety Authority (NRSA), David Osafo Adonteng; the Head of Finance of the National Insurance Commission (NIC), Dr Mahama Wayo; the Executive Secretary of the Ghana Automobile Distributors Association (GADA), Francis Larbi-Odame, and the Deputy Commissioner, Preventive, of the Customs Division of the Ghana Revenue Authority (GRA), Emmanuel P. Owusu-Boakye.

The team visited the Weija, 37 Military Hospital and Tema offices of the authority, as well as the new Spintex premium office.

Issues discussed ranged from collective agreement, updates on reforms by the DVLA, revenue performance, as well as challenges confronting the offices.

Speaking to the Daily Graphic during the tour, Mr Busia said he was impressed with the performance of the offices the team visited.

He commended them, particularly, for improving their revenue collection over the last four years and for meeting their targets.

He also commended them for being at the forefront of quality service delivery in the midst of challenges.

He, however, observed that although the DVLA had made modest gains in revenue generation and service delivery over the past four years through the deployment of technology, more needed to be done in terms of reducing road accidents.

Mr Busia said the goal of the DVLA was not only about revenue generation, adding that the ultimate mandate of the authority was to ensure compliance and enforcement of driver and vehicle licensing regimes.

He said delivering on the DVLA's mandate was non-negotiable, "and my message to all staff is that until there are no accidents, no deaths on our roads, our work is not finished".

Mr Busia said going forward, the DVLA staff should prioritise enforcement of the regulations on vehicle registration and driver licensing.

"Anytime you fail to enforce the law, you are letting an offender off the hook and killing someone else," he said.

"We get resistance from people when we try to enforce the law, but you must keep on pushing," he stressed.

The Chairman of the DVLA Board commended the staff for working to position the authority as one of the best state institutions in the country.

Mr Davies said it was not for nothing that the DVLA won the Best Regulator and Most Digitised State Entity awards at the maiden edition of the Public Enterprises League Table Awards for 2020.

He urged the staff to update their skills to play a key role in implementing the reforms that were being rolled out by the authority.

Mr Davies also called on the staff to help to consolidate the gains that had been made so far by keeping the standards high.

He said the government had taken steps to address some of the challenges confronting the DVLA offices.

For instance, he said, approval had been given for the construction of a modern office complex for the DVLA at Weija.

He also said 12 operational vehicles and other equipment had been procured to facilitate service delivery.