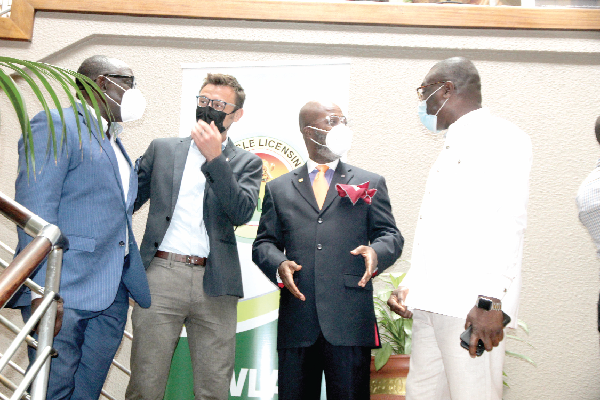 The Driver and Vehicle Licensing Authority (DVLA) has commenced processes to develop a standardised manual and curriculum for the training of heavy goods vehicle (HGV) drivers in the country.

The proposed Ghana Standardised Curriculum for Drivers of Large Vehicles will become the national standard for training HGV drivers across the country when completed.

The manual forms part of interventions being rolled out by the authority to improve the skills and build the capacities of drivers to help reduce road crashes often associated with heavy vehicles.

As part of the drafting processes, the DVLA yesterday held a meeting with Transaid, a UK-based international development organisation, and other stakeholders in the transport sector to brainstorm the curriculum and the structure of the training.

At the meeting, officials from Transaid, who are spearheading the development of the manual, introduced the draft document to the participants and explained the rationale and structure of the document.

The participants were also offered the opportunity to seek clarification and make inputs to ensure that the final document holistically addressed challenges affecting the local industry.

Addressing the participants, the Director of Driver Training, Testing and Licensing at the DVLA, Mr Kafui Semavo, said the manual would help reduce road crashes by empowering drivers to build their competencies, knowledge and skills.

“The aim for developing this training standards is to outline basic requirements, procedures and processes, and the training necessary to improve the levels of competency, knowledge and skills among drivers of large and heavy vehicles in Ghana,” he said.

He further indicated that the DVLA would soon introduce additional road safety interventions, including compulsory continuing driver training to sustain the gains made from previous interventions.

“We will also introduce eye test reforms to ensure that each driver’s sight is examined by either a qualified optometrist or an ophthalmologist as provided for in Regulation 29 of L.I. 2180,” he added.

The Project Manager for Transaid, Mr Neil Rettie, expressed concern about the increasing rate of road crashes in Ghana and pledged the readiness of the organisation to support the country to ensure the adoption of effective standards to regulate the transport sector.

He said the organisation had for the last decade, worked to improve road safety by working with partners and governments to train driver trainers and promote far-reaching improvements in driving standards.

During the discussion session, some participants recommended that the manual should not only be limited to commercial HGV drivers but all drivers to ensure total compliance.

Others also recommended that the welfare of drivers be incorporated in the manual such that there would be a standardised format to cater for the needs of drivers.

However, responding to the issues of driver welfare, Mr Semavo explained that the various driver associations were responsible for negotiating better conditions for their drivers, hence such matters could not be captured in the training manual.