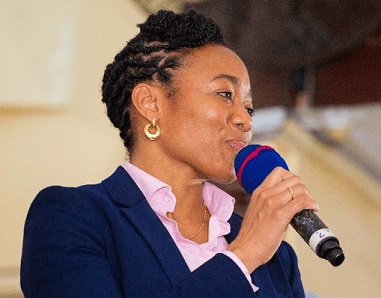 She stated that “what W.E.B Du Bois did for the emancipation of the African, to seek true equity and emancipation for all peoples across the world should not be forgotten”.

She made this remark in a statement to mark the golden jubilee celebrations of the passing of W.E.B Du Bois.

Dr Agyeman-Rawlings said the establishment of the W.E.B Du Bois Memorial Centre was no accident as the site for the monument was significant. The memorial centre was formerly the place Du Bois lived till his death in 1963. The centre which was built by late president Jerry John Rawlings was in recognition of the personal sacrifices the eminent personality (Du Bois) had made in seeking the recognition of Africa and the clamp down on racism.

Efforts by past Pan-Africanists

She also stated that what Pan-African leaders like Osagyefo Dr. Kwame Nkrumah did for the independence and emancipation of Ghana should not receive token recognition, likewise what Jerry John Rawlings did for Ghana’s political development and African renaissance.

“As a Pan-Africanist himself, President Rawlings was eager to recognize all who had sacrificed significantly to lift the image of Africa and seek global recognition and development of the continent. W.E.B. Du Bois was such an exceptional example”, she stated

She said the commemoration of the Pan African Festival of Arts and Culture (PANAFEST) and Emancipation Day which were all birthed during the PNDC era to commemorate African history, unification, slavery and emancipation were all part of a concerted effort by the government of President Rawlings aided by significant others such as Efua Sutherland and Mohammed Ben Abdallah to promote and enhance Pan-Africanism and global African unity, while boosting tourism with the wealth of historical infrastructure that Ghana boasts of on the issue of slavery and colonization.

Dr. William Edward Burghardt Du Bois was a civil rights activist, Pan-Africanist, author, historian and peace activist. He was dedicated to fighting against racism, wars and conflicts, seeking peace in a world that was full of division and discord at the time.