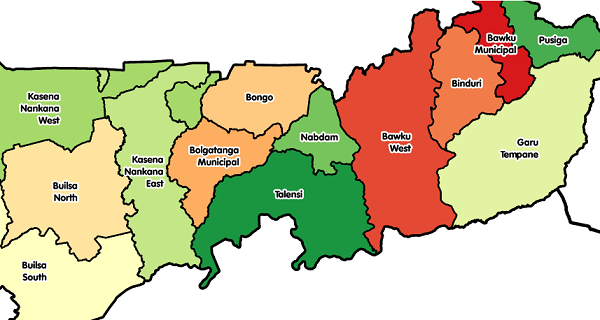 The Municipal Chief Executive (MCE) for Bawku in the Upper East Region, Amadu Hamza, has called on factions in the age-old Bawku conflict to put down their guns to fast-track the development of the area.

He said without lasting peace and harmony in the municipality, no meaningful development could take place for the benefit of the people.

"I wish to urge you to put down your guns and continue to live in peace to attract the needed development into the municipality," he said.

Mr Amadu was speaking at the celebration of the annual Damba festival by the Mamprusis in Bawku.

It was on the theme " Culture: A tool for sustainable peace and cohesion.”


Although, the Regional Security Council (REGSEC) had banned the wearing of smock, it was temporarily lifted on that fateful day to enable them to wear it to celebrate the festival.

He stated that it would be in their own interest to give peace a chance to fast-track the growth and development of the municipality.

The MCE said the government had for the past six years rolled out a number of policies and programmes tailored towards improving the living conditions of the people.

"Therefore, I implore you to ensure and promote peaceful coexistence in order for you to reap the full benefits of such interventions to better your lives " he stated.

He mentioned that the municipality had witnessed tremendous developments in terms roads construction, water expansion and other socio-economic activities to transform the lives of the ordinary people.

He assured the people that the government would not promote one-sided form of development but would rather spread development across the municipality.

The MCE called on the people to come together towards building an improved social atmosphere for the ultimate benefit of future generations.

He said "we owe it as a duty to build a society today that will stand the test of time to address the needs of generations yet unborn”.

He called on the people to keep faith with the government and provide the needed support to enable it to deliver on its social contract with Ghanaians, stressing "let us rally behind the government in its quest to address the challenges confronting the nation ".

The Secretary of the Mamprugu Youth Association, Bawku Chaper, Bagruso Bagura, reiterated their commitment to peace and further promised to use dialogue and lawful means in resolving disputes rather than reporting to threats and violence.

For his part, the leader of the Mamprusis, Alhaji Ibrahim Adam Zangbeo, underscored the need for peace among the people to attract the needed development into the municipality.