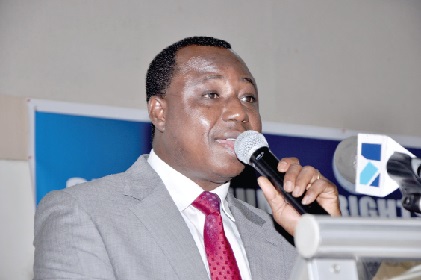 Principal Spending Officers (PSOs) of state institutions have been advised not to undermine the internal audit structures attached to institutions.

The Commissioner of Human Rights and Administrative Justice (CHRAJ), Joseph Whittal, who gave the advice, said the irregularities found in the Auditor-General’s report against some institutions could have been prevented if PSOs had worked closely with recommendations made by in-house internal audit structures.

“So it is a signal that we should allow internal audit structures to work, and it is very important, and if we do not do that, the outcome will be the irregularities we are seeing today,” Mr Whittal said at the swearing in of the CHRAJ audit committee in Accra today (Sept 8).

Describing the outcome of the Auditor-General’s report as an embossment of all the defaulting institutions, the CHRAJ Commissioner said the resources given to leaders of state institutions were not theirs, but meant to be used for the good of the country.

“For Civil Society Organisations to be jumping on the street indicating that they want the Auditor-General to enforce its surcharge powers, it tells you that citizens are watching all of us.

“If you know that they are going to hold you to account for every pesewa then why won’t you allow the internal audit structures and audit committees to do their work to ensure you are not found in this situation” he added.

The committee, which is led by Mr Yankey will serve for two years subject to a two-year renewal based on their performance.

The Director-General of IAA, Dr Eric Oduro-Osae, led the committee members to take their oath of secrecy and oath of office.

The members were also made to sign a conflict of interest disclosure form.

Dr Oduro-Osae urged the members of the audit committee to consider their work as a national service to give back to society.

He said audit committees were one of the important structures within the county’s public financial management space, hence the need for the committee to implement the recommendations of the Auditor-General by supporting the management of CHRAJ.

He further urged them to put their expertise at the disposal of the commission and ensure that performance indicators of CHRAJ to help in the fight against corruption.

For his part, the Chairman of the Committee, Mr Yankey, assured CHRAJ that the committee would be committed to working closely with management to ensure that good practices were adopted to position CHRAJ as one of the best institutions as far as public financial management was concerned.