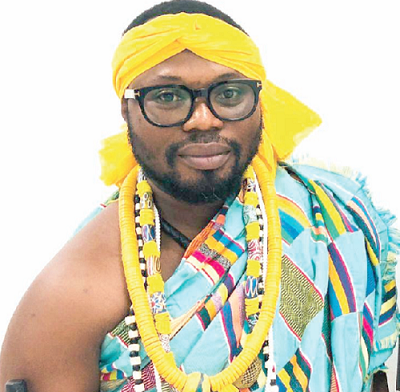 The Oyibi Gonten Mantse, Nii Bortey Kofi Frankwa II, has called on the Ministry of Education to enforce compliance and ensure that all basic schools in the Greater Accra Region study the Ga language.

He said the ministry must also ensure that there were trained teachers available to teach the subject at all stages of the education ladder.

Nii Frankwa, who is also the Regent of the Nungua Mankralo Stool, in an interview with the Daily Graphic yesterday, said he had taken notice of the refusal of some schools in the region to offer Ga as a language at the basic level.

He said some of the schools had based their decision to phase out the teaching of Ga as a Ghanaian language on the difficulty or inability to get qualified Ga language teachers to teach the subject.

“We have seen that gradually, some basic schools in the Oyibi area and other parts of the region are not offering the Ga language anymore because of the lack of qualified teachers to take pupils through the subject, so we would like to seek the government’s intervention to correct this anomaly with immediate effect,” he said.

He said the teaching of the Ga language in schools was one way of preserving the heritage of the Ga State.

The government, he said, must, therefore, ensure that there were systems in place to support the teaching of local languages in schools, especially at the basic level.

“Some of these things must be done at the national level to ensure that every local language has equal representation in the education curriculum and adequate teachers for that purpose because it cannot be right for schools in a Ga community to offer any other local language and ignore Ga,’’ he said.

Asked what traditional leaders were doing to ensure that the Ga language was not phased out in schools, Nii Frankwa said it was also the responsibility of traditional authorities to pass on culture, including languages, to the next generation through traditional ceremonies such as festivals.

However, he said, it was not part of the duties of traditional leaders to draft teaching curriculums or train teachers to be posted to schools to take up Ga language teaching roles.

“That bit is solely in the hands of the government or the Ghana Education Service and the people appointed with the mandate to do so. There is an extent to what the chiefs, for instance, could do because we are in a democratic era and everybody has a role to play in the development of the country.

“Beyond offering advice, chiefs are not to be seen as interfering in the works of other people paid to develop the education sector,” he said.

He said the Ga Traditional Council would, in the future, need to make an official request to the Ghana Education Service to establish its displeasure over the situation, which, he said, could alienate the Ga language.

Nii Frankwa called for unity within the Ga State, stressing that “We can only succeed in this challenging situation with a united front, and that is what will happen”.

Reacting to the situation, a lawyer and a Ga indigene, Nene Kofi Sammy, said indigenes also had a role to play in preserving local languages.

"For people who speak minority local languages, we should realise that the less we speak the language in our homes, the worse off we become. We run the risk of raising an entire generation who will not know how to speak their native language. I think parents have the primary responsibility," he said.