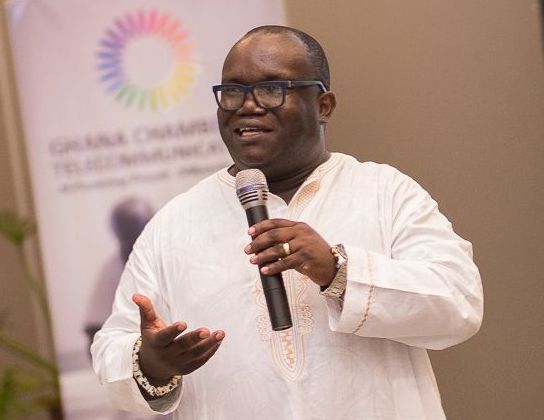 The Chief Executive Officer (CEO) of the Ghana Chamber of Telecommunications, Mr Ken Ashigbey has reiterated that no fees are to be paid by patrons of the ongoing SIM card re-registration process.

This follows reports that some organisations who have invited the agents of Mobile Network Operators (MNOs) to register their members at Kasoa-Opeikuma were demanding a fee of five cedis before registering the SIMs.

In a telephone interview, Mr Ashigbey told GraphicOnline that the registration of SIM cards was completely free, adding that the Telcos were bearing the total cost of registration.

Mr Ashigbey said preliminary investigations in a similar case had discovered that a Unit Committee Member of a community wanted to charge fees to cover for renting the canopies, tables and chairs that would be used for the process.

He said in that case, the MNOs involved wrote a letter warning against any charges.

"The Telcos have made it clear that there is no charge for the service and we expect that there will be no charges because every charge is being borne by the MNOs," Mr Ashigbey said.

"We don't want any community to bear any cost because this may be abused. If a community or group cannot support the process without charge then they must allow the customers to go to the agents of the MNOs to register themselves".