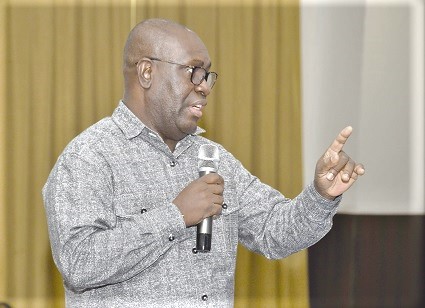 The Trades Union Congress (TUC) has entreated the Public Utilities Regulatory Commission (PURC) not to approve the proposed tariff increases presented by the utility companies.

According to the union, the country was in challenging times and so any astronomical increases in tariffs could trigger social upheavals.

The TUC made it stand clear at a forum where each of the utility companies presented its proposal, as submitted to the PURC for a major review of tariffs for electricity and water for the period 2022 to 2027, to the union.

The TUC, in its perspective paper, said if the proposals were granted by the PURC, it would result in very significant increases in end-user tariffs for electricity and water.

“This is not the time for a major review of utility tariffs. We do not need astronomical increases in tariffs in these challenging times. Rather, what we need are measures that will reduce waste to the barest minimum and infuse efficiency in the operations of the utility companies to sustain them over a long period of time.

“The ECG must collect its revenues, stop illegal connections and close the gap between its billing and electricity sales. The GWCL must do more metering and stop charging flat rates. The government must consider absorbing some of the losses of the utilities arising out of the current levels of inflation and currency depreciation,” it said.

It further urged the government to provide needed resources for the utilities to undertake critical investments in the generation, transmission and distribution of both electricity and water.

On the desalination project in Accra, the TUC underscored the need for the government to address the challenges posed by the project.

“This 25-year take-or-pay contract is so unfair to the nation. At the current rate, the GWCL is obliged to pay Befesa Co. Ltd US$1.3 million every month, whether the company produces water or not.

“During periods of the year, especially in August when the turbidity levels of seawater is such that the Befesa Plant cannot produce the required water, the GWCL is still obliged to pay the company.