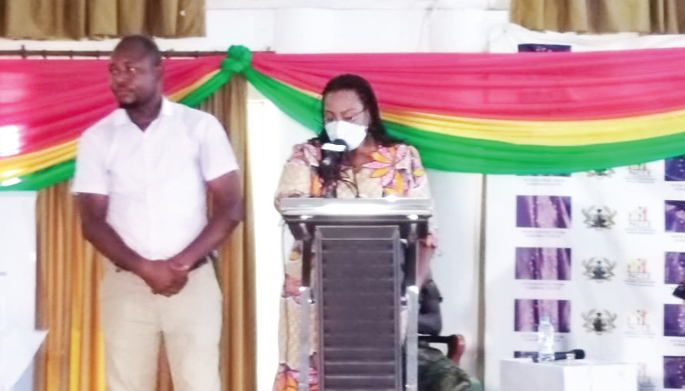 The increasing incidence of chieftaincy disputes, political tensions, unemployment and clashes between citizens and the police poses a high threat of violent extremism to the nation, the Chairperson of the National Commission for Civic Education (NCCE), Ms Josephine Nkrumah, has observed.

She noted that although Ghana had not experienced serious activities of violent extremism, there was the need to take lessons from happenings in other parts of the sub-region and address critical factors that could trigger violent extremist activities in the country.

She, therefore, called for a strong and responsive institutional system, particularly at the local level, to address the growing menace and nip the possible emergence of activities of extremists in the bud.

Ms Nkrumah made the observations at a national dialogue on combating violent extremism in Tamale on the theme: “Violent extremism and political instability in West Africa: the implications for Ghana”.

It brought together personnel from the various security services, youth, women groups, students, local authorities, political activists, traditional rulers among others to deliberate on possible factors that could influence the activities of extremists in the country.

It formed part of the Preventing Electoral Violence and Providing Security to the Northern Border Regions of Ghana (NOROREVSEC) project aimed at addressing various security threats in the most vulnerable parts of the Northern Region of Ghana.

Ms Nkrumah indicated that the re-emergence of coup d’etats in the sub-region puts Ghana at a higher risk of violent extremism and called for a concerted effort in fighting it.

"The re-emergence of coup d’etats and attempted coups in the West African sub-region and the threats of takeover in the presence of violent extremism increase the vulnerability of our own country,” she said.

The Director in charge of Counter-terrorism and the Fusion Centre at the Ministry of National Security, Colonel Tim Bataabanah, called for effective collaboration between the security agencies and citizens in the fight against counter-terrorism.

The Programmes Director at the Conciliation Resource UK, Mrs Janet Adama Mohammed, said, "We need to listen to the young people and women who are at risk of violent extremism in any decision taken in relation to the menace.”