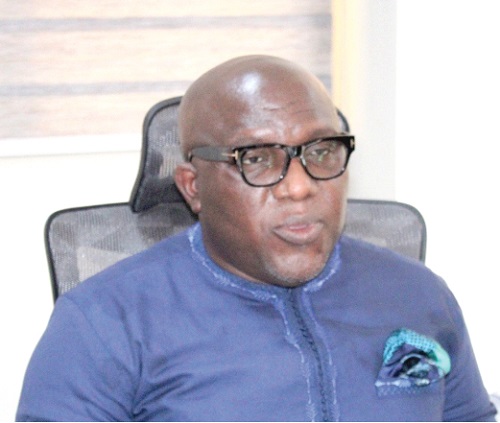 The Eastern Regional capital, Koforidua, is to undergo a facelift through a decongestion exercise to help make the movement of people, goods and services easy.

The exercise, he said, would commence at the end of February following a series of stakeholder engagement meetings with traditional leaders, assembly members, driver and vehicle unions, market women, agencies and departments and all necessary parties.

Speaking during a press briefing last Friday in his office in Koforidua, the Eastern Regional Minister said the Regional Coordinating Council (RCC) had expressed concerns over the encroachment of some reserved areas in the region and would, therefore, need a proper decongestion to regain the beautiful status of the affected areas and also to make people feel safer.

"We have realised that most of the reserved areas with respect to towns and cities have been encroached upon. It is appropriate that we realign. However, before we are able to realign positively, it is prudent we engage stakeholders. So we held joint assembly members and arbitrators meeting for New Juaben North and South assemblies. We engaged traditional leaders and gave orientation of the RCC. Thereafter, we followed up with a town hall meeting to deepen the engagement with market women, driver unions and those who ply their trades within the community," he said.

According to him, the exercise would commence from the Eastern Regional Capital, Koforidua, to set the pace for other parts of the region.

Mr Acheampong indicated that a "Facelift Committee" had been inaugurated to help in the decongestion exercise.

"We have inaugurated a committee for the facelift of the Greater Koforidua Municipality. It is going to be a joint operation with the Regional Metro, Transport and Travel Department (MTTD) of the Ghana Police Service (GPS) and other extended agencies and departments of the RCC.

We gave stakeholders heads up prior to the commencement of the exercise by the Facelift Committee chaired by the Eastern Regional MTTD Commander," he noted.

He has entreated the citizenry within the region to understand the position of the RCC and cooperate with persons who will be on the ground to lead the exercise to make movement and accessibility easier and not see it as a way of disadvantaging any citizen or group of people.

The Regional Minister said the principal streets and roads had been bedeviled with irresponsibility and indiscipline on the parts of traders and drivers especially, making movement difficult, while government had provided infrastructure to solve such situations.

He explained that refusal on the part of traders to use markets established by the government and drivers' preference to park by the road side and load their vehicles have made movement within parts of the regional capital and other areas across the region difficult, hence the exercise to correct such menace.

"We are driving all those selling on pavements to the market at the Zongo Area [Agatha Market] where government has invested in infrastructure and people are refusing to make use of. It is not proper; we need to ensure that people use the infrastructure that government has invested in as part of the exercise and encourage clients or buyers to enter into the markets and those using tricycles (popularly known as "pragia and aboboya"), taxis and ‘trotro’ that always roam around and park anywhere are sent back to the various stations. We want movement within the community to be safe, with people freely going about their business. The exercise is not targeted at any particular group of people; it is just to sanitise the community," he added.

The Daily Graphic observed that parts of Koforidua, especially on market days (Mondays and Thursdays), become very congested and clumsy, with movements of vehicles and persons very slow.

The traffic situation worsens, especially around the Central Business District (CBD). The pavements are parked with goods by traders and roads are taken over by taxis, trotros, "pragia, and aboboya" as lorry stations and parking lots.

Noise pollution and other unfriendly environmental activities, including the dumping of refuse in gutters, are some prevalent norms at the CBD.