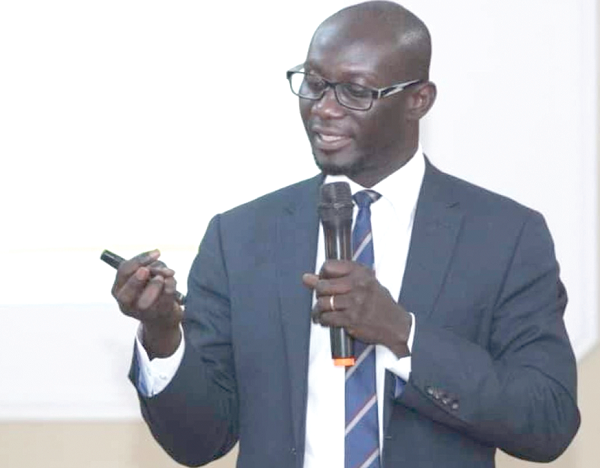 The Bono East Regional Director of the Ghana Health Service (GHS), Dr Fred Adomako Boateng, has emphasised that the wearing of face masks is the ultimate and most effective weapon to control the spread of COVID-19 in the country.

“Remember that the United States of America and other developed countries have managed to develop vaccines for COVID-19, but people are still dying from the disease despite the vaccine,” he stated, and called for the declaration of "Operation 28 Days" during which everybody would resolve to wear the face mask.

Dr Boateng told the Daily Graphic that if the country secured or imported vaccines, citizens must ensure that they observed COVID-19 safety and hygiene protocols to help eliminate or halt the spread of the disease.

He explained that 14 people had so far died from the disease in the region, emphasising that those deaths were recorded last year.

Dr Boateng said currently the region had 15 active cases, explaining that four of them were currently receiving treatment at various treatment centres in the region, while the remaining 11 were being managed at home.

“The region has not recorded any death this year, though we have recorded new cases," Dr Boateng explained.

He added that the region had so far recorded a total of 806 positive cases out of which 15 were recorded in January this year.

He said there were no confirmed cases of COVID-19 in the various educational intuitions in the region and said that the health directorate and the Ghana Education Service (GES) had on regular basis been monitoring the various schools to ensure that pupils and students observed the various COVID-19 protocols.

Dr Boateng said the region had resourced all district hospitals to treat COVID-19 patients and gave assurance that provisions had also been made for the referral of patients from one health facility to another when the need arose.

He, however, expressed concern about the disregard of the COVID-19 protocols by majority of Ghanaians and stated that the country had no other option than to intensify education on the wearing of face masks in addition to the observation of the other protocols.

“We have to do more on the wearing of face masks in the country because that is the best way that we can safeguard and prevent the spread of the disease,” Dr Boateng stated.

He said the use of hand sanitiser and washing of hands with soap under running water was equally effective and appealed to Ghanaians that it was their responsibility to do their part by observing the protocols to control the spread of the disease.

Dr Boateng added that the region had its own testing centre at the Kintampo Health Research Centre (KHRC), explaining that the provision of the centre had made it easier and faster to obtain results while cost on transportation for testing had reduced, since the region was no more relying on the testing facilities in Kumasi.

He said it now took a maximum of two days to obtain results, adding that officials of the External Quality Assurance had verified and validated the testing system at the KHRC.