Daasebre celebrates Mary Chinery-Hesse - she is an accomplished global legend

BY: By a correspondent
Category: General News 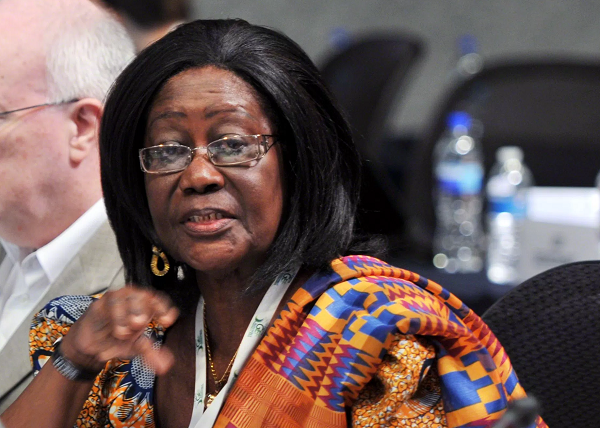 Daasebre Professor (Emeritus) Oti Boateng, the Omanhene of New Juaben Traditional Area and a Member of the United Nation’s International Civil Service Commission (currently on a UN Mission), has in a message described Mrs Mary Chinery-Hesse, a distinguished retired international civil Servant, the first woman Deputy Director-General of the International Labour Organization (ILO) , and the first African woman to attain a position of UN Secretary-General in the history of the United Nations, as an iconic symbol of gender bridge, a living global legend and a symbol of black inspiration and women empowerment in 21st Century Africa.

Daasebre’s endorsement follows the appointment of Mrs. Chinery-Hesse as the new Chancellor of the University of Ghana who is set to officially assume office today.

Mrs Chinery-Hesse, who served on many high-profile distinguished international positions including membership of the Zedillo Commission of eminent persons and the UN Blue Ribbon Panel to rewrite the global security architecture and reform of the United Nations, was described as a towering humanist and an influential voice on economic development issues, particularly on the African region in international circles.

Mrs Chinery-Hesse, a recipient of Daasebre Silver Jubilee Award For Excellence, is a break-away brand whose feats in UN leadership remain an enviable piece of global history of distinguished service.

This sterling accomplishment made her the first African woman recipient of the Laureate of the Gusi Peace Prize, (referred to as the Asian equivalent of the Nobel Peace Prize), which honours distinguished individuals who represent the most brilliant examples of those working towards the attainment of peace and respect for human life and dignity.

Her charismatic leadership, time-tested integrity and legendary deeds led to her shared membership, with several nobel peace prize laureates, on the prestigious board of the Global Humanitarian Forum in Geneva, Switzerland.

Daasebre says he is excited and legitimately inspired by the prospects of Mrs Chinery-Hesse’s Chancellorship of the University of Ghana. He cited notable women in leadership of the world’s most prestigious universities to highlight this point.

In the US, half of the prestigious Ivy League Institutions including Harvard University, University of Pennsylvania, Cornell University, and Brown University have female leaders.

The US, Sweden, Switzerland and the UK are some of the countries with high numbers of female-led institutions.

“In an era where the world is witnessing soaring women leadership, an African giant of distinguished intellectual disposition, a global leadership brand and a gender mentoring icon has been timely harnessed to lead our prestigious university.”Daasebre says.

He describes the chancellor-elect as a priceless gift of humanity exuding distinctive traits of integrity, charisma and a pillar of enduring legacy for female scholarship inspiration and global citizenship.

While admonishing the new chancellor-elect to support the establishment of programmes in all higher institutions in the country to mentor and encourage female high flyers with ambition, he called on all Ghanaians to rally behind Mrs Chinery-Hesse for a successful leadership for the benefit of the nation and the next generation of female leadership.