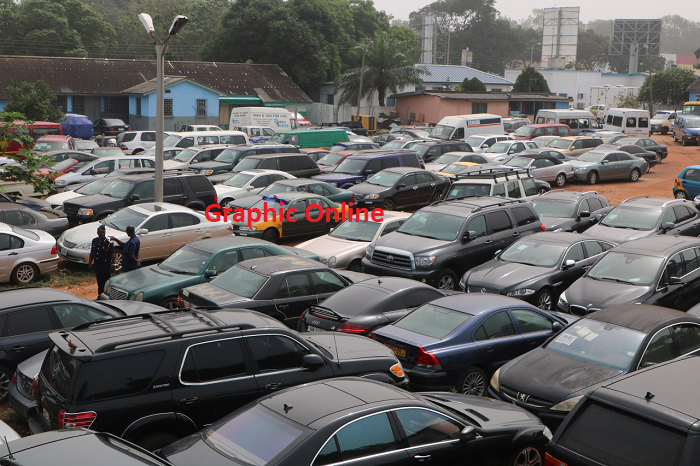 Some of the seized vehicles

Three hundred uncustomed luxury vehicles have been impounded by the Customs Division of the Ghana Revenue Authority (GRA) in eight months.

The vehicles were impounded during an exercise conducted between May and December this year to check the increasing sale of vehicles smuggled from neighbouring countries, particularly Togo, to Ghana.

Although the Customs Division gave a grace period to all smuggled vehicle owners to own up and pay the appropriate duties during the year, the gesture has been treated with contempt by the culprits.

In an interview with the Daily Graphic, the Deputy Commissioner in charge of Preventive at Customs, Mr Seth Dwira, said the owners of the vehicles had been given a one-month period to pay a 100 per cent duty penalty, otherwise the vehicles would be auctioned.

“It is becoming alarming the rate at which people are smuggling vehicles into the country,” he said.

He said some unscrupulous individuals had been using unapproved routes, particularly around the border towns, during dry seasons to smuggle vehicles to Ghana.

He said the practice was denying the country of the much-needed revenue for development, particularly so when the vehicles smuggled were luxury ones for which huge sums of money could have accrued to the state.

Mr Dwira said the division had intensified its task force operations on all major roads, adding that the exercise would be carried out in all the 10 regions. 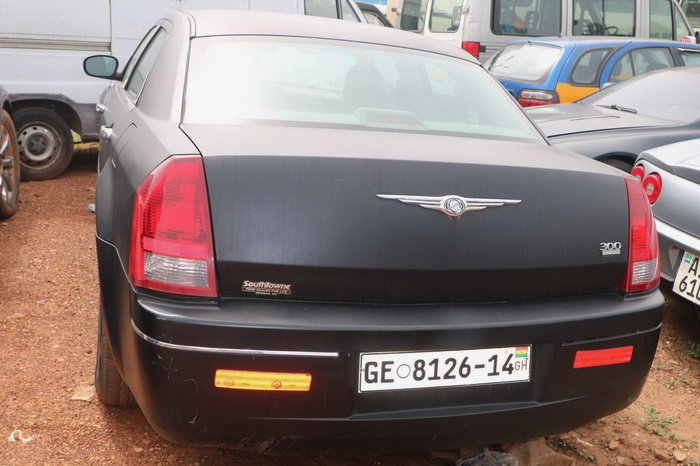 He advised the public to cross-check documentation on vehicles at the Customs Division to establish whether or not their owners had paid duties on them before purchasing the vehicles.

He said some smugglers forged the documentation and chassis numbers of vehicles, thereby deceiving buyers to believe that “they are buying genuine vehicles, but a check with Customs could help buyers avoid buying such uncustomed vehicles”.

“They (smugglers) are going all out to outwit us, so we are also very proactive,” Mr Dwira said, adding: “We have identified their ways and we will continue to identify their strategies.”

Consequently, he said, permanent residents were still using foreign plates (classified as temporary importation) and that those seized had been referred to the Investigations Unit of the Customs Division to find out the period of duration they had overstayed for onward action.

“Once you want to stay in Ghana, you have to register your vehicle with a Ghanaian number plate and pay the required duty,” he said.