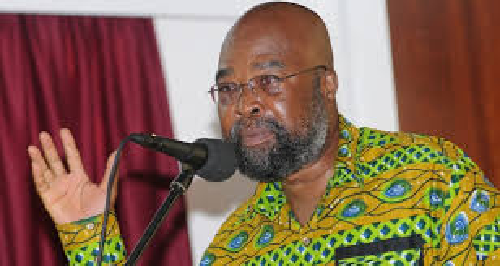 The Great Consolidated Popular Party (GCPP) has urged the government to use all legitimate means to crush the criminal elements disturbing the peace of the Volta Region under the guise of secession and expose all those behind them.

“There should be no room to deal with these criminals with kid gloves through dialogue and negotiations because these will strengthen their resolve to entrench their activities and spread their tentacles to become an albatross around the neck of the state,” it said.

A statement signed by the flag bearer of the party, Dr Henry Herbert Lartey, and issued in Accra said the party received news of the activities of the group with grave concern.

It said it found the unwarranted destruction of property, especially the burning down of buses belonging to the State Transport Company (STC), the brutalisation of security persons at STC bus terminal, the blocking of major roads and other criminal activities as a threat to the state.

It said the security agencies must not allow the unscrupulous persons to have the breathing space to engage in any further activities because Ghana could not afford to live with such threats, especially going into the December polls.

It said it was incumbent on the people of the area and Ghanaians in general to be on the look out and provide information on the activities of all suspicious persons to the security agencies to enable them to nip in the bud any further attacks.

The statement said the continued provision of adequate and prompt information on the issue by state agencies would prevent speculation and rumours leading to misinformation, fear and panic.

It urged state agencies to consult and collaborate with major stakeholders, such as the traditional authorities, social groups, religious organisations and community leaders, as a means of sending a strong signal that those hoodlums had no room in any part of the country to operate.

“Another way of sending a strong and unambiguous message to these nation wreckers that their criminal activities have no room in the current democratic dispensation is for all political parties to condemn these acts and support the government in dealing with these criminals,” it said.

It said Ghanaians must not relent in their effort at jealously guarding the peace, security, stability, unity and democratic credentials that had earned the country international accolades.