Crossing the Afram River at mercy of the weather 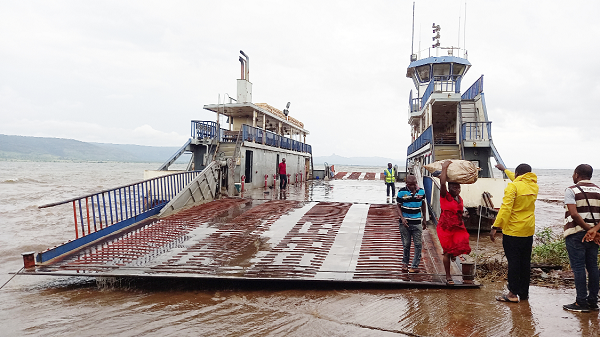 For a first-time traveller, the excitement of visiting Afram Plains, one of the most talked about communities that significantly contributes to the national economy, could soon fizzle out and become ‘why did I get on this journey’ if you are one who is used to being in your comfort zone to commuting on relatively good roads.

Indeed, Afram Plains, which is divided into two — Afram Plains South, with Tease as the district capital, and the popular Donkorkrom, the capital of Afram Plains North, can also be proud of being the food basket, providing maize, yam, plantain, cassava, cocoyam and vegetables and river fish, which is the most popular.

It also serves as a hub for charcoal production as well as timber, with cashew, orange and oil palm dominating the tree crops produced in the area.

However, apart from how popular the area is and the fact that it contributes to the economic activity of the country, there is very little the Afram Plains has to show for it. Just like many mining communities which have suffered neglect and no meaningful development, Afram Plains also has a similar story to share.

Getting to the Afram Plains

Apart from the underdevelopment of the area and the very bad road network, the people of the Afram Plains also have to deal with the frustration related to their main means of transport from their communities to the main Kwahu land.

There are two main routes to the Afram Plains — either by road through the Ashanti Region, from Agogo in the Sekyere Afram Plains through Dome to Maame Krobo to link up with the communities that constitute the Plains.

Unfortunately, the road network on this route is very bad and thus it is often not the option for most travellers, especially those travelling from the south.

That leaves the other route, which has become the most preferred — a two-part journey that starts with a road that travels from the Kwahu route to Adawso from where the second part of the trip begins on River Afram to Ekye-Amanfrom by a ferry, popularly called the pontoon, which is operated by the Volta Lake Transport Company (VLTC).

Crossing the river is like travelling on a three-kilometre stretch journey, however, with an efficient pontoon service, that journey could be done within minutes.

For its importance and contribution to business and everyday living in the area, one would have expected that the pontoon service would have by now been developed to be more efficient than it is currently.

That, unfortunately, is not the case and travelling on the Afram to Donkorkrom is another story of how, as a country, we have paid little attention to what could be a significant contribution to the economy.

There is only one pontoon that serves as the only means of transport in crossing the river from Adawso to Ekye-Amanfrom or vice versa. This means that commuting could be a whole day’s exercise, especially, if it is a return journey.

Due to the foggy weather, the pontoon usually begins the service at 6:00am and by 10:30am, it goes on a break to resume at 2:00pm for the afternoon service that ends at about 5:30pm.

The ferry service has a capacity of 360 tonnes per trip for vehicles, goods and persons, thus if you do not get there early and the weight is made, you have no choice but to wait for the next trip.

Ideally, the trip should be made within 20 minutes, but because the pontoon runs on one engine at the moment, on a good day, it takes between 30 to 40 minutes to cross from one end to the other.

This is not always guaranteed as there are times that the pontoon, which has served the community for over seven years, will develop mechanical fault and in that instance, service is delayed until the problem is fixed.

Apart from these inconveniences, during the travel, nothing is assured: it is a journey embarked on under the mercy of the weather.

On a day with good weather, everything is calm, and the trip is enjoyable as it allows, especially first time water travellers, to enjoy the calmness and serenity of the vast water.

No one would like to encounter the unfriendly weather, usually during the storm when the control of the pontoon is not in the hands of the driver, but at the mercy of the wind.

During such times, emotions run wild and get people to be on their feet to pray all through the journey until the final destination is reached.

Recently, passengers, many of whom were first-time travellers on the pontoon, who were crossing from the Adawso end to Ekye-Amanfrom, were presented with a bitter-sweet experience that would be etched in their memories for a long time.

Most of them were attending the funeral of a prominent community leader at Donkorkrom.

They experienced turbulent weather as they set off from Adawso on Friday and on Sunday when they were returning from Ekye Amanfrom, they encountered the peace and tranquility of water travel.

Perhaps, taking a cue from what the disciples of Jesus Christ did from the story in the bible, people still call on God for deliverance when the storm rages.

Indeed, on that day, barely had the pontoon taken off than the weather changed, with the clear sky giving way to a very cloudy atmosphere and the wind blowing so fiercely that the driver had to control the pontoon against the wind. The waves were violent and hit fiercely on the vehicles being conveyed on the pontoon.

As a result, the pontoon went round and at a point, there were concerns that it had missed its way. 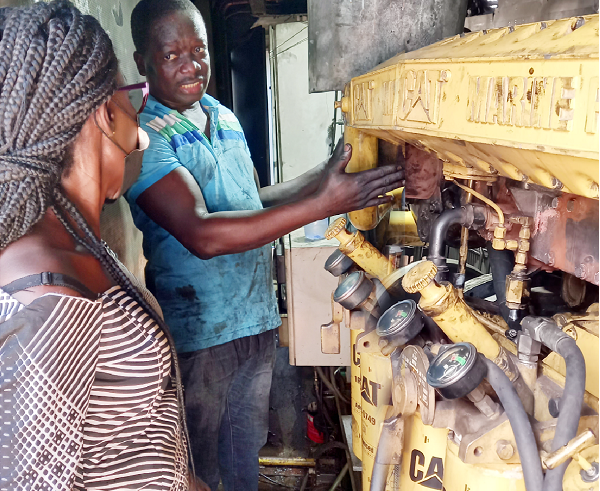 Eventually, the driver did well and by the time the pontoon arrived at Ekye-Amanfrom, huge crowd had gathered at the bank of the river, in anticipation of an emergency situation with a National Disaster Management Organisation (NADMO) team around to help, should the need arise.

There were a few soldiers around to also help.

It took a while for the pontoon to dock and when it finally did, there were huge sighs of relief as people continued to thank God for his intervention as they disembarked and were helped to get to safety as the waves raged on.

A staff of the Volta Lake Transport, Kusi Mensah, explained that the crowd had gathered because “word had already got to the communities that the weather was terrible and the pontoon was struggling to find its way to Ekye-Amanfrom.

Calm after the storm

Two days later, the story was different as the return trip from Ekye-Amanfrom to Adawso was very calm and relaxing, one that would entice a tourist to indulge again. But even that, there had been a delay, since the engine had broken down earlier and it was not certain that there would be service in the morning.

After several minutes of waiting, the pontoon was fixed and soon, it was loaded for its second service of the day.

A resident of Donkorkrom, Ms Yaa Pomaa, who commutes to Nkawkaw three times a week to trade, told the Daily Graphic, ‘‘Even for those of us who travel on the stretch often, we are scared, it’s just like commuting by a vehicle and not knowing what will happen.

“Really, nothing is assured as the weather could suddenly change in the middle of the journey. Anytime we board the pontoon, we pray for the best and God’s intervention, and that is what has always taken us safely,” an assertion that was corroborated by a number of people who also frequently travel on that route.