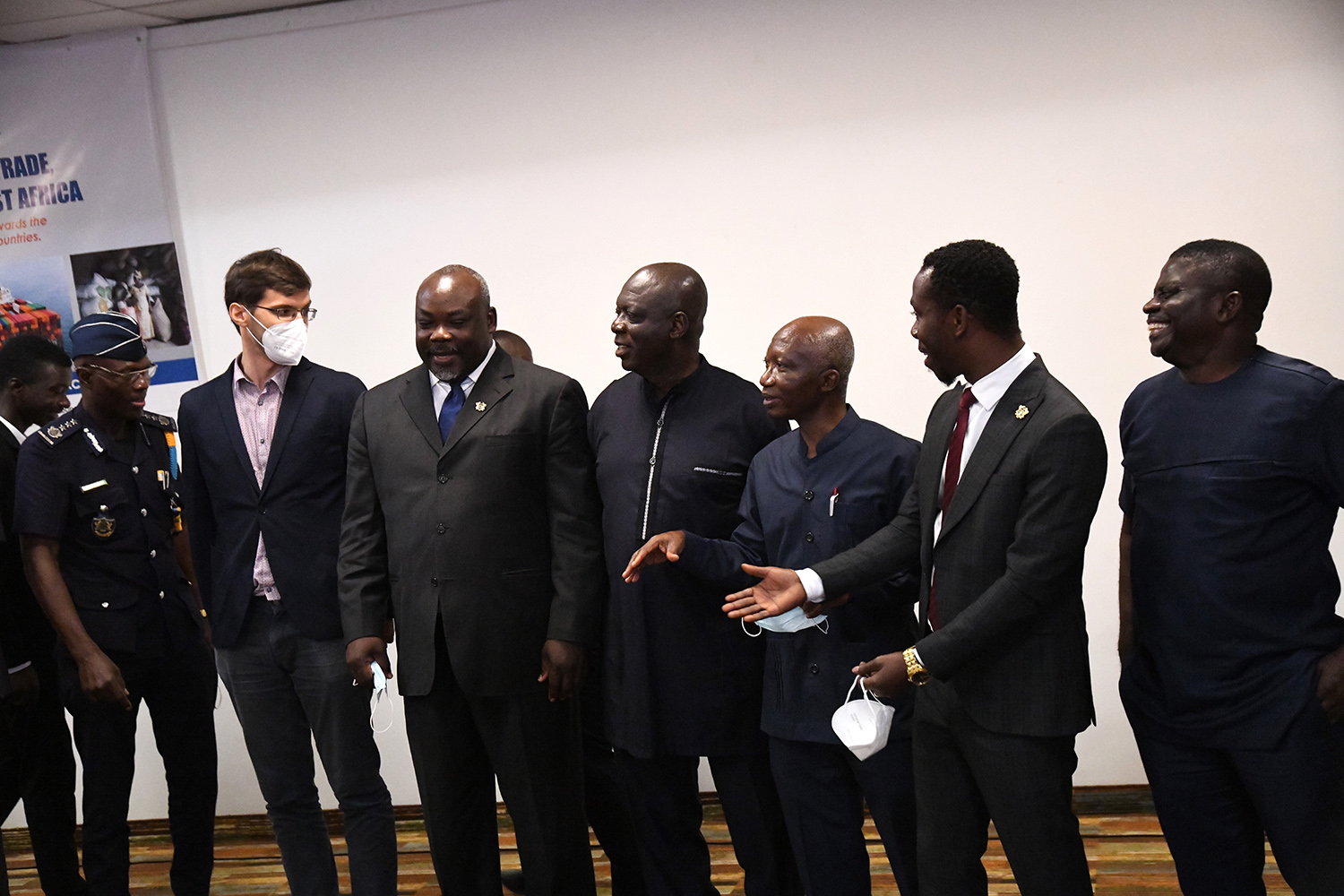 While some of them complained about human rights violations and the impact of the closure of land borders, others accused customs officers of extorting various sums of money from them at the borders before allowing them to bring their goods into the country.

According to the traders, without immediate intervention and sustained efforts by the government, their businesses faced existential threat, which could inhibit the goal of having a robust trading system among African countries, as envisioned under the African Continental Free Trade Area (AfCFTA) agreement.

The issues came up at a workshop on cross-border trade organised by POS Foundation, a civil society organisation, in collaboration with the Ghana International Trade Commission (GITC), in Accra Wednesday [September 8].

Dubbed: “Promoting small-scale cross-border trade, rule of law and the use of technology in Africa”, the workshop was sponsored by the German Development Cooperation (GIZ) and held on the theme: “Small-scale cross-border trade and the rule of law: The challenges and prospects in consolidating efforts towards the promotion of free trade in West Africa, the case of six countries”.

The National Chairman of the GNTTA, Mr Eric Osei Tuffour, said his members faced numerous challenges, such as police harassment on the road, impediments at the borders and further harassment in Burkina Faso, where they normally went to buy tomatoes.

For instance, he alleged that a Ghanaian driver who went to Burkina Faso to convey tomatoes to Ghana was arrested, chained and put in the sun for about four days.

Showing a picture of the driver in chains, Mr Osei said a farmer in Burkina Faso had reported the driver to the Burkinabe police because the vehicle driven by the driver had once been used by a certain trader to convey tomatoes, but the trader failed to fully honour his debt to the farmer.

“The police arrested the driver, chained him under a tree for four days before the association went to pay the debt in Burkina Faso,” he said.

For the MTA, the biggest challenge facing its members was the closure of the borders and what it described as extortion by customs officers and security agencies at the borders.

The President of the MTA, Mrs Christiana Laryea, said the security agencies were taking undue advantage of traders and cheating the state.

“We want to pay duty because we are law-abiding citizens, but the security agencies are not helping. They tell us to pay 50 per cent and then pocket the rest, which is not helping the government,” she said.

The Assistant Commissioner of Imports and Exports at the Customs Division of the GRA, Mr Stanley Essuman-Mensah, said the division had made considerable improvement in its operations and, therefore, it was a shame that some of its officers continued to break the law.

“We try to communicate to them at all levels that they must work with the highest form of professionalism and integrity,” he said.

He promised that the GRA would continue to crack the whip and sanction officers who continued to flout the rules, adding: “They do not only damage the image of GRA but also discourage traders who want to do genuine business.”

The Executive Director of the POS Foundation, Mr Jonathan Osei Owusu, said the workshop sought to engage all stakeholders in the cross-border trade value chain for accountability, promotion of the rule of law, technology and access to justice in trading activities.

He said the workshop would be replicated in the other focus countries - Togo, Benin, Cote d'Ivoire, Nigeria and Burkina Faso.

The Executive Secretary of the GITC, Mr Frank Agyekum, said cross-border trade was a source of livelihood for many and generated huge sums of revenue for the state, for which reason it must be structured properly, with emphasis on technology.

The Director of the Economic, Trade and Investment Bureau at the Ministry of Foreign Affairs and Regional Integration, Mr Bonaventure Adjavor, said it was important for African countries to continuously strive to remove barriers affecting trade.

“This will be particularly beneficial to the poor as they carry out most of the small-scale, cross-border commerce that happens within the continent,” he said.