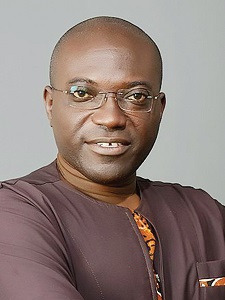 The Wenchi High Court yesterday affirmed the declaration of the New Patriotic Party (NPP) Member of Parliament (MP) for Techiman South, Martin Adjei-Mensah Korsah, as the winner of the 2020 parliamentary election.

After almost two years of hearing, the court presided over by Justice Arnold W.K Nawurah, held that the petitioner, Christopher Beyere Baasongti, who was the National Democratic Congress (NDC ) candidate for the election, failed to prove his case.

In that election, Mr Korsah polled 49,682 representing 50.2 per cent of the valid votes cast as against 49, 205 votes representing 49.82 per cent obtained by the NDC candidate.

Not satisfied with the outcome of the election, Mr Baasongti filed a petition at the Wenchi High Court seeking the declaration of the election in his favour.

The results of the December 7, 2020 parliamentary election resulted in the death of two persons and injury to others.

For almost two years, the court has been sitting on the case during which witnesses, including some officials of the EC, gave evidence.

In his petition, Mr Baasongti said per the votes counted from all the polling stations in Techiman South Constituency, he should have been declared the winner.

The petitioner contended that apart from getting the highest number of votes, there was no collation of the results as required by Regulation 43 of the Public Elections Regulations, 2020 (C.I. 127), but the EC’s returning officer, Nana Dwamena Prempeh, ended up declaring Mr Korsah the winner.

He also sought an order from the court to direct the EC to collate the results of all the polling stations in Techiman South Constituency and also to publicly declare him as the winner of the 2020 parliamentary election.

In his ruling, Justice Nawurah said the petitioner failed to prove the claim, describing it "as not up to the standard of proof".

He said there were inconsistencies in the evidence provided by the petitioner.

He said the court therefore "sees Mr Korsah as duly elected" and ordered the registrar of the court to serve the EC with the certification of the result of the election.

There were anxious moments in the precincts of the court as supporters of both the NPP and NDC waited for the outcome of the case.

As early as 7.00 a.m, they were seen trooping to the area in buses, wearing branded party T-shirts and carrying other paraphernalia of their parties.

There was heavy police presence in the town to ensure peace.

The small courtroom was itself packed to capacity, with some officials of both sides filling every available seat and space.

Supporters of the NPP who could not hide their joy after the judgment chanted and danced, waving miniature party flags.

Speaking to journalists after the ruling, a former National Chairman of the NPP, Peter Mac Manu, expressed joy at the victory of Mr Korsah.

He said processes leading to the declaration of the NPP parliamentary candidate were genuine.

Mr Manu thanked the legal team of Mr Korsah and all those who supported the party throughout the legal battle.

Mr Baasongti, however, referred journalists who approached him for his reaction to his lawyers.