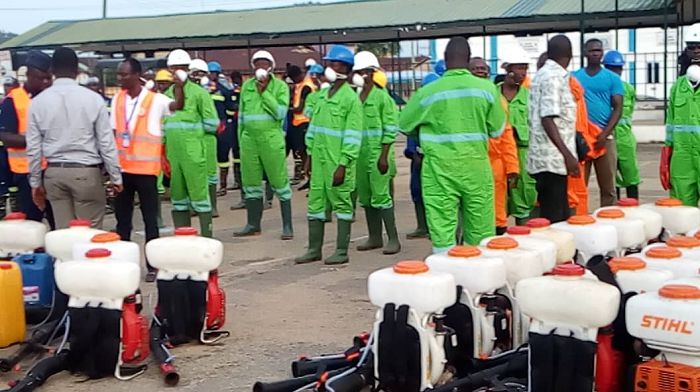 One-hundred and ninety eight markets across the Eastern region were on today [Saturday, April 4, 2020] disinfected as part of measures to control the COVID-19 pandemic.

The exercise carried out by the Ministry of Local Government and Rural Development in collaboration with Moderpest Company and Zoomlion Ghana, was carried out simultaneously in all the Municipalities and districts in the region.

Large markets in some of the bigger towns including Oda, Nkawkaw, Suhum, Kyebi were not left of the exercise which was undertaken by one thousand eight hundred and fifty personnel.

In Koforidua the Central, Juaben Serwaa, Agartha and other satellite markets were disinfected. 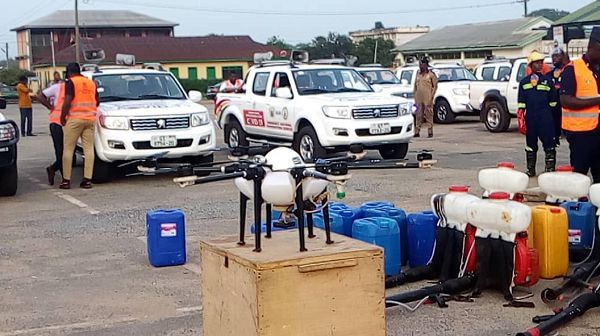 A director of Moderpest Company Limited, Mr Akwasi Aboagye in an interview with Daily Graphic allayed the fears of traders that that the chemicals being used were harmful and injurious.

He said the company was committed in supporting the government to fight the pandemic which has no cure for now.

He urged Ghanaians to abide by the protocols of hand washing with soap under running water, social distancing and staying at home, among others.

The deputy minister of Local Government and Rural Development, Nana Agyei Boateng who is also the Member of Parliament for New Juaben North, also added his voice to Ghanaians to take precausions not to contract the virus.

He commended all partners in the support against the pandemic.