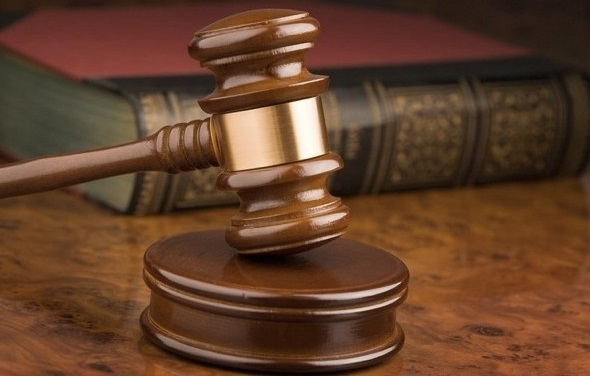 A complainant in an alleged case of stealing against an Assembly member for Teshei in the Bawku West District in the Upper East Region, Patrick Ayaaba, has appealed to the Chief Justice, Mrs Georgina Theodora Wood, to conduct investigations into a decision by the Tamale High Court to overturn an earlier ruling by the court’s Commercial Division.

The complainant, Abudulai Sita, claimed that the sitting judge did not give them (complainants) equal opportunity to file counter claims but went ahead with his decision which he described as a miscarriage of justice.

Mr Sita further alleged that the High Court, presided over by Mr Justice Gyamfi, granted the ex parte motion by the accused without taking the claims of the prosecution into consideration, and went ahead to set aside the earlier ruling on the matter by a Circuit Court that was subsequently upheld by the commercial division of the High Court.

According to the complainant, the ruling by the High Court against the decision by its commercial division, which has the same coordinate jurisdiction, has raised concerns about the legal justice delivery system in the Tamale metropolis.

Mr Sita, therefore, appealed to the Chief Justice to cause an investigation into the matter to ensure that justice is duly served.

Last Friday, the Tamale High Court quashed a judgement by its commercial division to the amazement of most residents, including some lawyers in the metropolis.

The court set aside an earlier ruling by its commercial division on an alleged stealing case against the assembly member for the Teshei Electoral Area in the Bawku West District in the Upper East Region, Mr Patrick Ayaaba.

Earlier, a Tamale Circuit Court, presided over by Mr Justice William Appiah Twumasi, that first heard the case of stealing against the accused, sentenced Ayaaba to a fine of 300 penalty units or GH¢3,600.

The accused, who was not satisfied with the court’s judgement, appealed against the sentence at the Commercial Division of the Tamale High Court, presided over by Mr Justice Daniel Kwaku Obeng, which affirmed the earlier decision by the Circuit Court and increased the fine to 5,000 penalty units, about GH¢60,000 or in default, serve five years imprisonment in hard labour.

Ayaaba, however, appealed against the Commercial Court ruling at the Tamale High Court. And in its ruling last Friday, the court, presided over by Mr Justice Antwi, set aside the ruling by the Commercial Division of the court.

The two judgements by the same High Court was what led to arguments by some legal practitioners in the area. While some of them wondered how a court with similar jurisdiction could set aside rulings by a division of the same court, others opined there was nothing bizarre about the practice.

Meanwhile, investigations by the Daily Graphic has indicated that the prosecution in the case is likely to appeal against the judgement at the Court of Appeal.

The complainant in the case is a registered small-scale miner and a resident of Tinga, a community near Bole in the Northern Region, while the accused is an employee of the complainant at Wasipe, a mining community.

The complainant reported the accused to the police in Bole on December 11, 2015 for stealing his sand, a by-product of gold mining called ‘over,’ worth GH¢400,000 at the mining site.

The case was later transferred from the Bole District Court to the Tamale Circuit Court after the Attorney-General’s Department had advised that the accused be charged with stealing.

The case was called at the Circuit Court on March 8, 2016. Ayaaba, who was charged for stealing pleaded not guilty to the offence and was granted bail in the sum of GH¢300,000 with one surety.

On September 7, 2016, the court sentenced Ayaaba to a fine of 300 penalty units or GH¢3,600 or in default serve two years imprisonment after the court found him guilty of the offence of stealing.