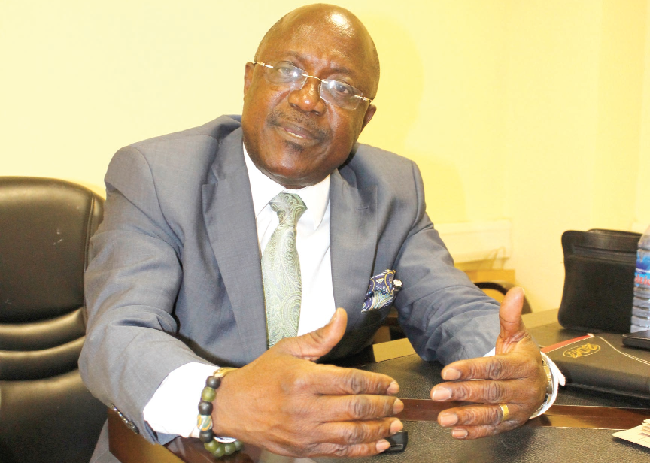 The technical committee, set up by the government to advise it on the National Identification System (NIS), submitted its report last Tuesday.

The Chief Executive of the NIA, Professor Kenneth Attafuah, who disclosed this to the Daily Graphic yesterday, said as part of the work, the committee “studied the existing arrangement and capacities of the NIA and its relationship with other entities to see if that was adequate to enable us to achieve the purposes for which the NIA was set up,” he said.

The new government has indicated its commitment to complete the country’s NIS by the end of the year as part of wider tax reforms and economic development policies.

Prof. Attafuah said the committee was also to recommend alternatives of opening up for other vendors or solution providers to participate in the attainment of its objectives.

The directive of the government, based on the completion of the technical committee’s work, would enable the NIA to prosecute its agenda in executing a “bolder plan” for the NIS than what was previously envisaged in 2014, Prof. Attafuah said.

The bold plan would involve current identification methods such as using the 10 fingers and the iris, and the issuance of cards to all Ghanaians in the country and those living abroad.

In September 2014, the NIA announced an “expanded registration project” with the collection of 10 finger prints and the redistribution of new Ghana cards to about 15 million Ghanaians.

The intended plan was to be executed with a $115 million facility from the China Exim Bank, when already, the authority had spent about GH¢21.62 million on mass registration in about seven regions out of 10, and distribution of cards in Accra.

The NIA, when it began in 2008, collected four finger prints of Ghanaians.

But subsequently, there had been the need for all 10 fingerprints to be collected in keeping with international requirements and standards.

The NIA still issued cards to foreigners, but Prof. Attafuah explained that the issuance of cards to Ghanaians would resume fully after recommendations of the technical committee.