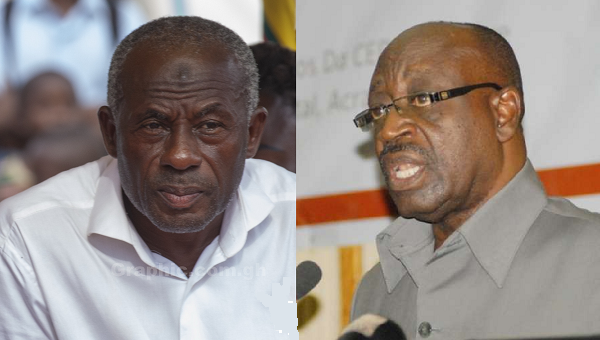 A former Minister of Water Resources, Works and Housing (MWRWH), Alhaji Collins Dauda, his successor, Dr Kwaku Agyeman-Mensah, and three others have pleaded not guilty to 52 counts of causing financial loss of $200m over the Saglemi Affordable Housing Project.

The two, together with the Chief Director at the ministry from 2009 to 2017, Alhaji Ziblim Yakubu; the Executive Chairman of Construtora OAS, the Brazilian company which constructed the affordable housing project at Saglemi, Andrew Clocanas, and a director of RMS, the Engineering, Procurement and Construction (EPC) consultancy subcontractor, Nouvi Tetteh Angelo, are facing different charges including willfully causing financial loss to the state, misapplying public property, issuing false certificates, dishonestly causing loss to public property.

Bail
They were granted bail following an application by their lawyers.

Dauda was granted a self recognisance bail and ordered to deposit his passport at the court registry.

Dr Agyeman-Mensah and Alhaji Ziblim Yakubu, were granted a bail of $65 million each or its Cedi equivalent with three sureties respectively. One of the sureties must be a civil or public servant.

For Andrew Clocanas, he was granted a bail of $179 million or its Cedi equivalent with three sureties, one of who must be a public or civil servant.

Saglemi Housing: Atta Akyea on why no one has been prosecuted yet

Ayariga video on Saglemi is populist and diabolical - Asenso-Boakye

Nouvi Tetteh Angelo was granted a bail of $13 million with three sureties one of which must be a public or civil servant.

The court presided over by Ms Comfort Tsaiame ordered all the accused person to deposit their Ghanaian passports at the court’s registry.

Prosecution was represented by the Attorney General and Minister of Justice, Mr Godfred Yeboah Dame who read out the facts of the case to the accused persons. 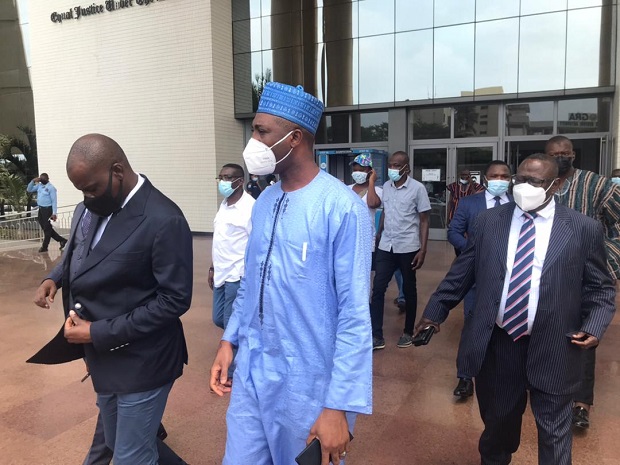 In the courtroom to sympathise with the accused persons were some bigwigs of the National Democratic Congress (NDC) including, the Minority Leader in Parliament and Member of Parliament (MP) for Tamale South, Haruna Iddrisu; MP for Asawase Constituency, Mohammed-Mubarak Muntaka; MP for Ablekuma South Constituency, Mr Alfred Okoe Vanderpuije; and a former Deputy Attorney General, Dr Dominic Ayine.

The case has been adjourned to October 13 this year.