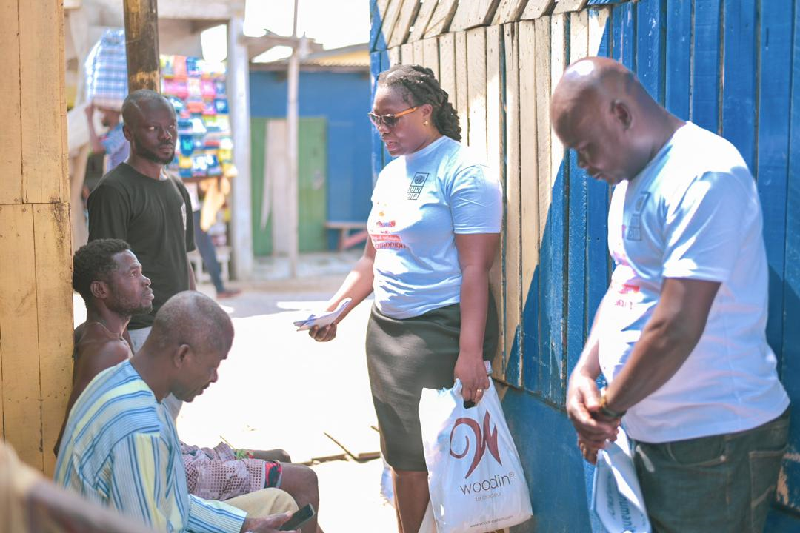 “There is no excuse for violence against any gender, we all have a role to play to end gender violence in our communities.

So let us unite and work together as individuals and stakeholders to stop violence against women and girls especially,” she said.

Mrs Asuako said this during an interview with the media at a community outreach, which formed part of activities to mark the 2022 16 Days of Activism against Gender-Based Violence

The outreach undertaken at Chorkor, a suburb of Accra was organised by UNDP in partnership with the Ghana Institute of Journalism (GIJ).

It brought together volunteers in the two institutions to sensitise community members on the need to end all forms of violence against women and girls for an inclusive society.

She explained that the aim of the exercise was to create awareness on gender-based violence and find ways to curb the situation.

“We notice that issues of gender-based violence are not reported by victims for fear of victimisation.

We want to extend the education to the grassroots and rally the community to support victims instead of avoiding them”, she said.

She said awareness creation was key to breaking the silence on gender-based violence, hence, advised members of the community to be on the lookout for violent tendencies and seek necessary help when needed.

The call for action is in line with this year’s theme “Unite! Activism to end violence against women and girls”.

A Senior Lecturer at GIJ, Yaw Odame Gyau, said it was necessary for the academia to participate in outreaches like this to give students first-hand knowledge on how communities could rally towards the attainment of the Sustainable Development Goals (SDGs).

He explained that the exercise has helped his students in taking their works off the shelves as academics and bringing it into the community to test its effectiveness.

“It has also highlighted the need to engage the communities more in order to create awareness about issues of gender-based violence.

We look forward to partnering with UNDP on several other campaigns”, he said.