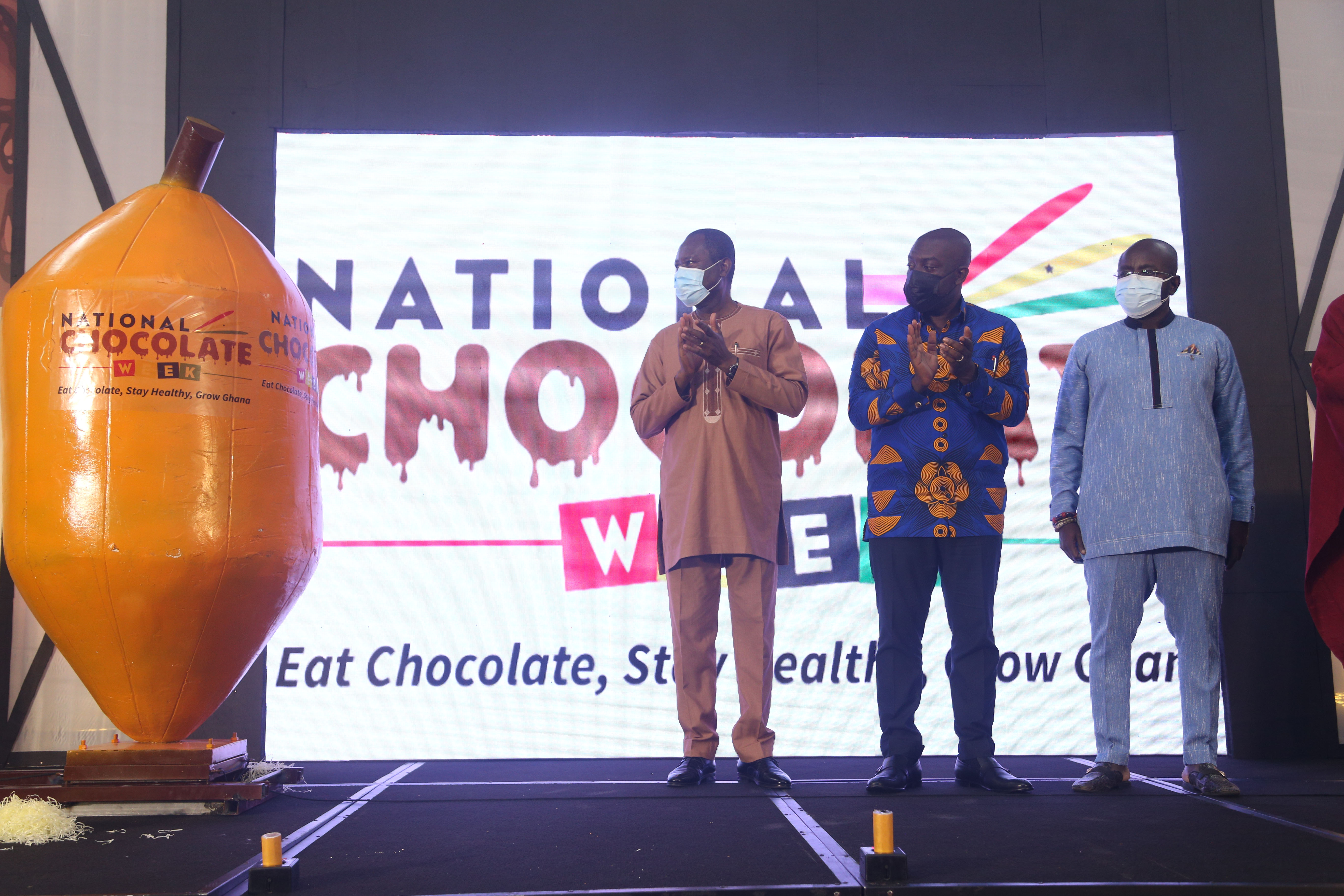 This year’s national cocoa week celebration has been launched with a call on potential investors in the industry to avail themselves to support the government to establish, produce and serve cocoa products for both the local and foreign markets.

The Vice-President, Dr Mahamudu Bawumia, made the call in a speech read on his behalf by the Minister-designate for Information, Mr Kojo Oppong Nkrumah, at the launch in Accra last Thursday.

He said there are many opportunities for both local and foreign investors on finished cocoa products in the country which they could take advantage of in line with the African Continental Free Trade Agreement (AfCTA).

According to him, the government had made it a policy to ensure value addition to cocoa beans produced in the country for the development of cocoa processing and confectionary industry.

The event, which is on the theme: “Eat chocolate, stay healthy and grow Ghana” begins from February 8 to 14, this year. It is the brainchild of the late former Minister of Tourism and Diasporan Relations, Jake Obetsebi Lamptey, who introduced the national chocolate day in 2007, to complement the Valentine day celebration.

It’s aimed at promoting the local consumption of chocolate and other cocoa based products by making chocolate a gift of choice on Valentine day which will span one-week.

The event is being organised by the Ghana Cocoa Board (COCOBOD), in collaboration with the Ghana Tourism Authority (GTA), the Ghana Investment Promotion Centre (GIPC) and Cocoa Processing Companies (CPC).

Various activities have been lined-up for the programme. It includes the establishment of a childcare city at the Tetteh Quarshie roundabout in Accra. Some banks have also decided to share chocolate to customers.

The Vice-President said cocoa was still among the leading foreign exchange earning sectors in the country. The sector also creates jobs while the product is consumed as food and beverage and also used in the cosmetic industry.

He, however, said with the discovery of oil in the country, cocoa had become second to gold in foreign earnings.

According to the Vice-President, the government had mounted an ambitious drive to raise local consumption of cocoa and its products adding that processing of local cocoa beans had moved from about 25 per cent to 40 per cent, aiming to reach a target of 50 per cent.

He expressed the hope that activities earmarked for this year’s event would help boost cocoa production and chocolate consumption in the country, and urged the organisers to sensitise the people to the nutritional value of cocoa products.

On containing the spread of COVID-19 during the Valentine day celebration, Dr Bawumia advised the people to adhere strictly to all existing protocols as directed by the government.

The Chief Executive Officer (CEO) of COCOBOD, Mr Joseph Boahen Aidoo, said within the past four years, many initiatives were developed to grow and boost cocoa production and consumption.

He said the chocolate week celebration formed part of the programmes to interact and create awareness among the people about the benefits of cocoa consumption.

For his part, the Chief Executive Officer (CEO) of the Ghana Tourism Authority, Mr Kwesi Agyeman, lauded the collaboration among stakeholders, including the COCOBOD and cocoa processing companies and said the partnership had helped to boost the consumption of cocoa products in the country.