COA FS back on market as COA Mixture 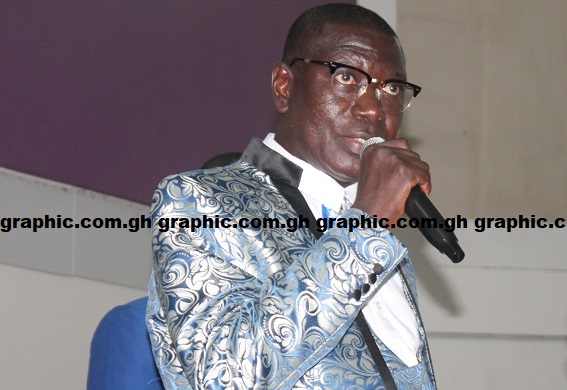 The Centre of Awareness (COA) Global Peace Mission, manufacturers of COA Food Supplement, has been given authorisation to market the product as herbal medicine for general well-being.

The product, which despite its popularity and acclaimed efficacy by many was taken off the market in May, this year, after the Food and Drugs Authority (FDA) asked the producers to do so, has come back on the market as herbal mixture.

The FDA, on April 18, directed the manufacturers to recall from the shelves 692 boxes of the food supplement, COA FS, from a batch, when it was detected that some samples of the product had been found to be contaminated and they were subsequently destroyed by the FDA in Cape Coast.

Last Wednesday, however, the FDA gave COA, the manufacturer of the drug, now known as COA mixture, the market authorisation to market the drug after satisfying all issues relating to the quality of manufacturing of the product.

At the relaunch of the product last Wednesday, the Executive President of COA, Professor Samuel Duncan, said the level of efficacy was even better.

He stated that the company in furtherance of ensuring safety was key had established the COA Research and Manufacturing Company that would explore the world of medicine and produce efficacious medicines to support the health sector both nationally and internationally.

He indicated that the company lost GH¢1,689,000 in destroyed products after FDA ordered the recall and destruction of the products.

However, he said, the factory had undergone a GH¢10 million expansion to improve production efficiency and check possible contamination.
The FDA has also trained workers of the company to improve their competencies for enhanced output.

Prof. Duncan said the safety and quality of their product was paramount, adding that together with the FDA, the company had worked to ensure strict adherence to regulatory guidelines to prevent future occurrence of possible contamination.

From 2005 to 2012, through scientific research, the COA product was developed and registered as a food supplement by the FDA in September, 2016.

COA-FS gained both national and international recognition due to how it supported the treatment of many diseases.

Prof. Duncan said the recall incident was a huge loss considering the fact that COVID-19 had already had its toll on the economy.

He said COA had in furtherance of safety measures, purchased and installed a new automated equipment to reduce human contact and improve quality.

He said the new product also had security features to prevent possible contamination.

The President of the Ghana Chamber of Mines, Nana Dr. Appiagyei Dankawoso I, in his address expressed the hope that the company would explore both local and international opportunities to bring in foreign exchange.

He urged regulators to work with manufacturers to ensure that local businesses were successful, saying if there were no manufacturers, there would be nothing to regulate.

The Deputy Central Regional Minister, Mr. Thomas Adjei Baffoe, said the efforts made by the company were commendable and urged them to work closely with the FDA to meet internationally acceptable standards and explore the international market.