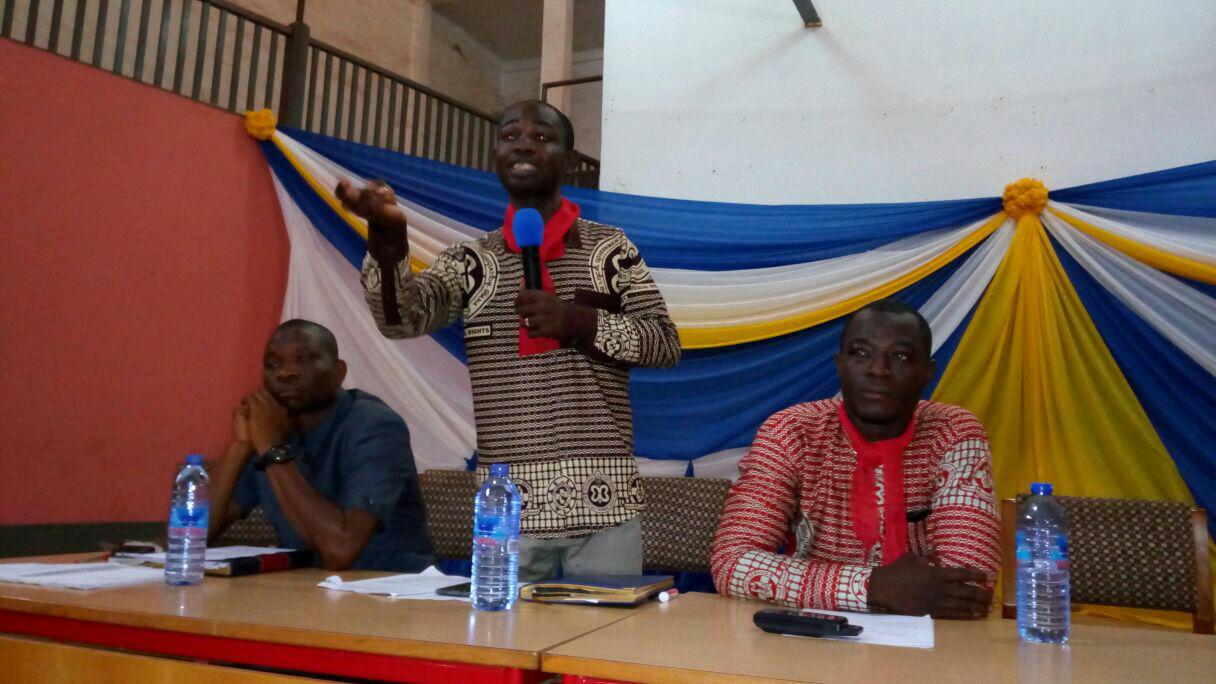 The Civil and Local Government Staff Association of Ghana (CLOGSAG) has declared a nation-wide strike beginning from Wednesday July 27, 2016 to demand for the payment of their interim premium.

The National 3rd Trustee of CLOGSAG, Mr Ernest Tagoe announced this at a press conference in Tamale Tuesday afternoon and directed all members in the Northern Region to comply with the strike action.

According to CLOGSAG the government has denied them their inclusion in the payment of the interim premium while other public sector workers continue to enjoy it.

The term "interim Premium" was given to all the new allowances created during the implementation of the Single Spine Pay Policy (SSPP) pending the approval of market premium.  This took place after the government issued a white paper on guidelines on implementation but members of CLOGSAG have been excluded from the payment of the interim premium.

Mr Tagoe, a national executive member of CLOGSAG who addressed the press conference therefore called on members in the Northern Region to stay away from the office until their demands were met.

He said when the health and the educational sectors embarked on a strike the government quickly addressed their grievances but the CLOGSAG which constituted the majority of government workers with its contributions being used to pay government officials and other developmental project were not taken serious when they demanded for their rights hence the declaration of the nation-wide strike action.

Mr Tagoe expressed worry about a statement made by the Fair Wages and Salary Commission that in determining the skills that qualify for a market premium, the sub-committee focused on the health and education sectors as this formed the priority areas of government.