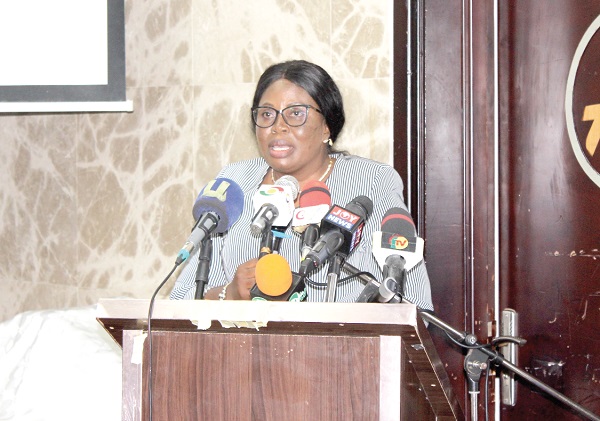 THE Commission on Human Rights and Administrative Justice (CHRAJ) has confirmed receipt of a petition from the Member of Parliament (MP) for North Tongu, Samuel Okudzeto Ablakwa.

The petition is seeking the commission to investigate the Secretary of the National Cathedral Board of Trustees, Rev. Victor Kusi-Boateng, for alleged conflict of interest and criminal dealings.

A Deputy Commissioner of CHRAJ, Mercy Larbi, who received the petition, told the Daily Graphic that the commission would respond to the MP and also detail the way forward.

Meanwhile, Rev. Boateng, who is also the founder of Power Chapel Worldwide, has defended himself against the allegations, stating that the claims were twisted to pursue a malicious political agenda.

In a statement, he said: “There has never been any criminal intent nor any crime committed in my dealings with the government of Ghana or the National Cathedral”.

Rev. Boateng has also declared his intention to seek redress for defamation once the CHRAJ inquiry was over.

Petition
In his petition, Mr Ablakwa accused Rev. Kusi-Boateng of receiving GH¢2.6 million from the National Cathedral Board, alleging that he was the same person as Kwabena Adu Gyamfi.

He also claimed that Rev. Kusi-Boateng used multiple passports and identification cards with different names and dates of birth.

The MP, therefore, demanded the resignation of the Rev. Kusi-Boateng from the board, as well as an explanation from the Foreign Affairs Ministry as to why Rev. Victor Kusi-Boateng qualified for a diplomatic passport.

No wrongdoing
The Executive Director of the National Cathedral, Dr Paul Opoku Mensah, has, however, denied the allegations of corruption and conflict of interest against Rev. Kusi Boateng, explaining that the amount in question was a loan from a board member whose name he did not mention.
According to him, the said amount was paid on September 8, 2021, “so this is not an illegal payment”.

“This is a documented trail that you can always ask for verification. If the MP does not understand an issue in the accounting, because in accounting somebody with an audited account cannot explain everything so they call you to clarify,” Dr Mensah added.

His statement further said that “I really understand the political mistrust in our system, but nonetheless, particularly when it comes from Parliament, you expect a certain due process and when you are suspicious, you ask for verification and clarification”.