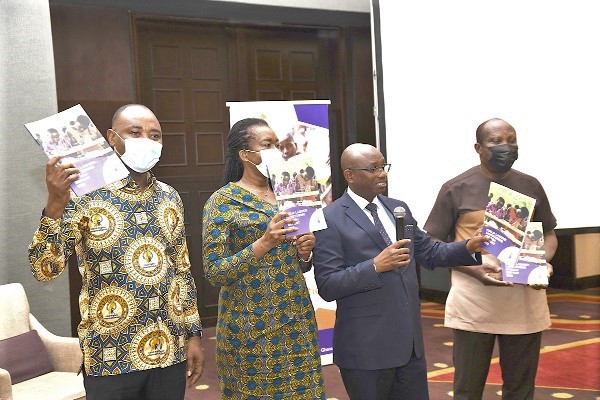 A report by Child Rights International (CRI) has revealed that there has been a drastic reduction in the number of child labourers in the cocoa growing areas in the country.

That, it said, was as a result of interventions such as the free senior high school (SHS) programme, Livelihood Empowerment Against Poverty (LEAP) programme by the government and sustainability programmes by international partners as helping to achieve results

“Once we are putting in resources, we are able to get the results that we want", the Executive Director of CRI, Mr Bright Appiah, said on the sidelines of the launch of the Child Labour Monitoring System Report last Tuesday in Accra.

According to him, the hazardous condition was 22.5 per cent, while the worse form of child labour was at five per cent.

Buttressing his point further, he said the 2010 Census pegged child labour at over one million while the 2021 edition showed a reduction of about 300,000, saying that “this report confirms some of these.

“Definitely, we are showing some progress in eliminating child labour in Ghana”, he emphasised.

Mr Appiah said the survey was conducted to show the progress that had been made in the cocoa sector, in respect to child labour, the interventions being undertaken.

"If you look at the data, it shows a significant reduction when it comes to child labour situation in Ghana and it is because we used that system.

"People are shifting from the cocoa sector and placing children in homes to be doing domestic activities", he said, adding that these children were being identified and helped.

Results showed that 96.5 per cent of children were in school, and about 30 per cent were not living with their parents, due to lack of financial support from parents and easy access to school.

The findings also showed that 23.3 per cent of those children had engaged in cocoa farming in the previous year, with 22.5 per cent engaged in hazardous child labour activities, which might be harmful to their health, safety and well-being; 19.3 per cent being in the cocoa industry.

More girls, the report also showed, were at higher risk of child labour than boys, with 64.8 per cent being at high risk.

“To achieve project results, there should be sensitisation of community actors including households, traditional leaders, and school authorities on the dangers of children being exposed to and using sharp tools and other hazardous materials and the negative effects of involving children in domestic work as it was a key driver of child labour”, Mr Appiah said.

In order to minimise the negative effects that the activities had on working children, the report suggested that government should coordinate planning, implementation and response to child labour activities in the cocoa sector.

"There should also be enhanced occupational safety and health in the working environment for children."

The report also suggested that the existing community child protection mechanisms should be harnessed and supported for child welfare and appealed that the ongoing efforts towards the education of children in cocoa growing communities should be sustained.

In an address read on his behalf, the Minister for Employment and Labour Relations, Mr Ignatius Baffour-Awuah, said some partner organisations did not make available to the ministry their projects and other relevant information relating to the sector.

That he said, most at times, led to duplication of efforts and project proposals, and in most cases the projects were left unfinished.

A good partnership, he said, would ensure the success of the project adding that "The Ministry has in place, a draft public-private partnership framework between government and its partners on one hand and industry on the other hand."