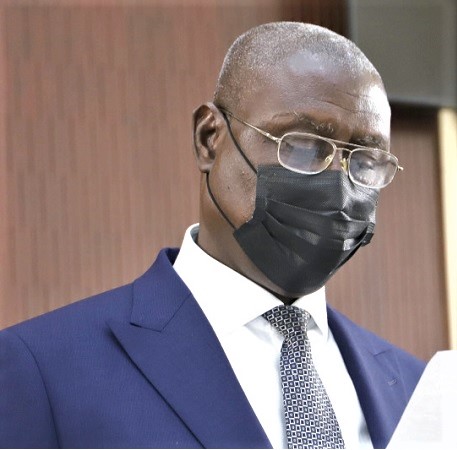 The Attorney-General and Minister of Justice, Godfred Yeboah Dame, has underscored the need for the drafting of a proper code of practice to regulate the functions of notaries public.

The code, he said, would not only regulate the functions of notaries public but further help expand their conventional functions for effective outcomes.

The A-G was speaking at the swearing-in ceremony of notaries public by the Chief Justice, Justice Kwasi Anin Yeboah, in Accra.

He added that as impartial and unbiased witnesses, there was also the need for the officials to uphold the virtues of the legal profession, as it was a noble one.

A notary public is a person authorised by the State to, among other things, administer oaths, certify documents, attest to the authenticity of signatures and perform official acts in commercial matters, such as protecting negotiable instruments.

The enrolment was performed under the Notaries Public Act, 1960 (Act 26), which empowers the Chief Justice to appoint to be a Notary Public any person whom he considers fit and proper to discharge the duties assigned to that office by law or by practice of commerce.

Under the act, only a lawyer of high moral character, proven integrity and not less than 10 years’ standing as a lawyer is appointed as a Notary Public.

The 54 officials — who have more than 10 years experience at the Bar — have been duly cleared of any ethical infractions by the Ghana Bar Association (GBA) and the General Legal Council.

Justice Yeboah led them to take their oaths, after which their certificates of enrolment under the seal of the Supreme Court were given to them.

In a speech read on his behalf by the Secretary of the GBA, Mr Kwaku Gyau Baffour, the President of the GBA, Yaw Acheampong Boafo, charged the notaries public to exhibit integrity and trust in their new position.

The office, he said, came with its own challenges, and urged them to resist any temptation that came along with the job.

“Your office comes with its own challenges; therefore, I urge you to resist any to abuse the power conferred on you by the law,” he added.