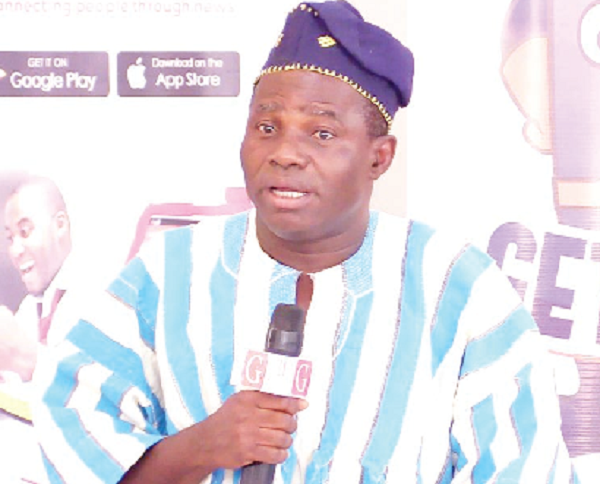 The North East Regional Minister, Mr Yidana Zakaria, has appealed to the people of the region to change their attitudes towards sanitation issues and keep their surroundings clean.

He said although much was being done by the government and its partners to improve the sanitation situation in the region, it was incumbent on the citizenry to play the lead role by keeping their surroundings and avoid open defecation.

He noted that the problem of poor sanitation could not be left to the government and non-governmental organisations (NGO) alone but must be a collaborative effort.

Mr Zakaria made the call at the Graphic/Zoomlion Sanitation Dialogue in Nalerigu, the North East Regional capital, yesterday.

The dialogue, organised by the Graphic Communications Group Limited (GCGL), in collaboration with Zoomlion Ghana Limited (ZGL), was on the theme: "Keep Ghana Clean".

It brought together stakeholders from various sectors to discuss sanitation issues in the region and find sustainable practical solutions to address them.

It is the last dialogue in a series held across the 16 regions of the country and it will be climaxed with a massive clean-up exercise in Nalerigu today.

Addressing the participants, Mr Zakaria charged municipal and district assemblies in the region to gazette their bye-laws and ensure strict enforcement.

Doing so, he said, would help bring to order people who practised open defecation and littered the environment with impunity.

To keep the region clean, he indicated that the Regional Coordinating Council (RCC) and its partners had launched a sanitation campaign to embark on clean-up exercises on the first Saturday of every month.

Mr Zakaria added that the RCC had also initiated discussions with Zoomlion to start a door-to-door collection of waste in the major towns at a modest fee "because the issues of domestic waste collection and disposal are a threat to the region's sanitation management effort".

While commending the GCGL and the ZGL for initiating the campaign to address sanitation challenges across the country, he thanked the Overlord of Mamprugu, Nayiri Naa Bohagu Mahami Abdulai, for the keen interest he had shown in improving sanitation in the various communities.

"The Nayiri gave a three-month moratorium to households to provide toilets for members or face his wrath, and this has helped significantly in our efforts towards improved sanitation," he noted.

For his part, the Senior Communications Officer of the ZGL, Mr Adams Mohammed Mahama, emphasised the need for all stakeholders to work together and create a synergy that would put sanitation issues at the top of the development agenda.

He said aside from the sanitation campaign, Zoomlion was organising sanitation fun clubs in various schools across the country to inculcate best sanitation practices in pupils and whip up their interest in sanitation issues.

He said the GCGL, as the leading media organisation in the country, was noted not only for churning out excellent news but also challenging the status quo and setting the national agenda.