Central Expo opens with over 300 exhibitors 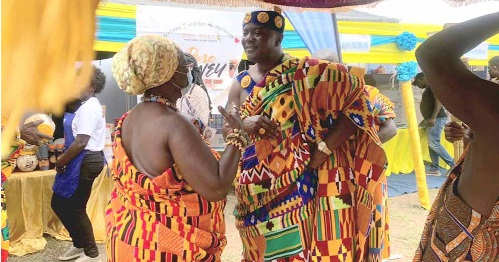 Over 300 exhibitors have converged on the Adisadel College School Park, the venue of the Central Expo 2022, to showcase a variety of goods and services to the public and the necessary exposure to the investment community.

The lack of exhibition space hindered the organising committee's original plan of opening up the fair to over 500 exhibitors.

At 10 a.m. last Monday, when the Expo officially opened, vendors had already set up shop and were ready for the patrons.

There was the display of jewelry, apparels, beverages, agrochemicals, handicrafts and herbal remedies, among other products, by beverage producers, tour operators, insurance providers, banks, educational institutions, hotels and government agencies such as the Food and Drugs Authority at the many booths.

The Central Regional Trade Fair and business and investment fair is aimed at increasing global visibility for the region, as well as ensuring promotions, collaborations and revenue generation in Cape Coast.

In an interview, the exhibitors expressed delight at the opportunity and said it was a great way to provide them a platform to showcase their products and services to the larger community. 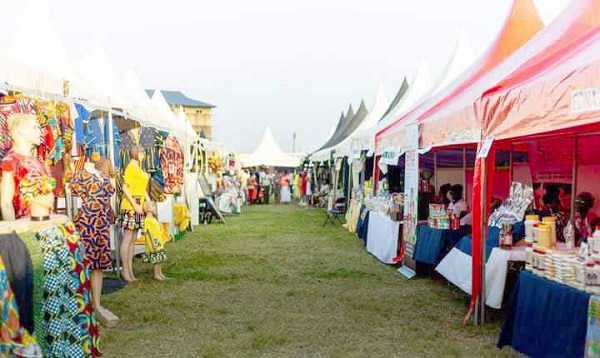 They said that such an initiative would also provide a platform for startup companies to network and meet with potential investors, and expressed the hope that if it was bone the right away, then eventually, they would reap the rewards of the fair's exposure.

The Director of Operations at R&B Farms, Benjamin Turkson, in an interview said the show had presented an opportunity for exhibitors because it exposed them to investors who might come in and invest even in growing their businesses.

"This is an excellent platform for enterprises and growing businesses because people continue to visit and ask for our contact and services, while others patronise our products ," he stated.

The highly anticipated fair which has as its theme "Promoting Trade, Tourism and Investments in the Central Region: Challenges, Prospects and Solution", has exhibitors from the region's 22 metropolitan, municipal and district assemblies, as well as an eight-day business opportunity, partnership, network and job development event for indigenes and the rest of the world.

There would also be a two-day business forum, which would bring together creative ideas, entrepreneurs, investors and corporate bodies to find opportunities and solutions for their mutual benefit.

The opening ceremony was graced by various metropolitan, municipal and district chief executives (MMDCEs), religious leaders, corporate institutions, some members of the Council of State and traditional rulers from the various paramountcies in the Central Region.

Speaking at the opening ceremony, the President of the Central Regional House of Chiefs, Odeefuo Amoakwa Buadu VIII, called on the government to resource institutions that had been mandated to oversee developmental projects with the necessary resources to enable them to live up to expectation.

"If we want to see a nation that has fully developed, then institutions like CEDECOM and the likes that have been given the mandate to spearhead developmental projects should be adequately resourced to allow them to function effectively," he stressed.

He continued that "if these institutions are not given adequate attention, it will be difficult for any developmental goal to materialise and this will subsequently undermine national efforts."

Odeefuo Buadu added that the fair was a commendable initiative that needed the full backing of traditional leaders in the region.

He said with the concerted effort and collaboration from stakeholders in the region the "aspiration as a region to see a new Central Region where there would be more industrial activities to spur development will materialise."

The expo, he further stated, would also foster a distinct atmosphere that would give young people greater self-assurance to launch their own endeavours.

"I am very hopeful that the outcomes of this fair will help us create the new Central Region we we wish to see and also change the narrative of being one of the poorest in the country,” he said.

Traditional rulers in the area, he said, were prepared to dedicate themselves to the effort of turning the Central Region into a magnet for investors, by making available problem- and litigation-free areas for enterprises and construction initiatives.

He lamented the fact that chieftaincy disputes had prevented the area from experiencing significant economic growth for a while but stressed that the situation was more likely to come to an end because traditional leaders were prepared to move forward with a unified front and resolve all outstanding disputes amicably to make the area peaceful and appealing to investors.

The Omanhen of the Oguaa Traditional Area, Osabarimba Kwesi Atta II, who chaired the function, made a request to the government and other stakeholders to step up efforts to improve road infrastructure in the Central Region in order to improve tourism.

If road infrastructure is not expanded to allow tourists the ease of transportation to the area, he cautioned that efforts to revive the tourism industry would most likely encounter roadblocks.

"The tourism industry will be enhanced if the main road from Accra to Cape Coast is improved. Something must be done about it because it takes a long period for tourists to travel to the region and this can cripple efforts to improve tourism in the region," he said.

The Central Regional Minister, Justina Marigold Assan, sought the support of regional stakeholders and development partners to ensure that the programme was sustained for the region's economic benefit.

She expressed the hope that the fair would increase interest in the Central Region for investment, trade and tourism.

She stated that the event would foster the expansion of successful business alliances and networking across the nation, adding that the Regional Coordinating Council was poised to encourage constructive dialogue between institutions and individuals to promote local economic development.