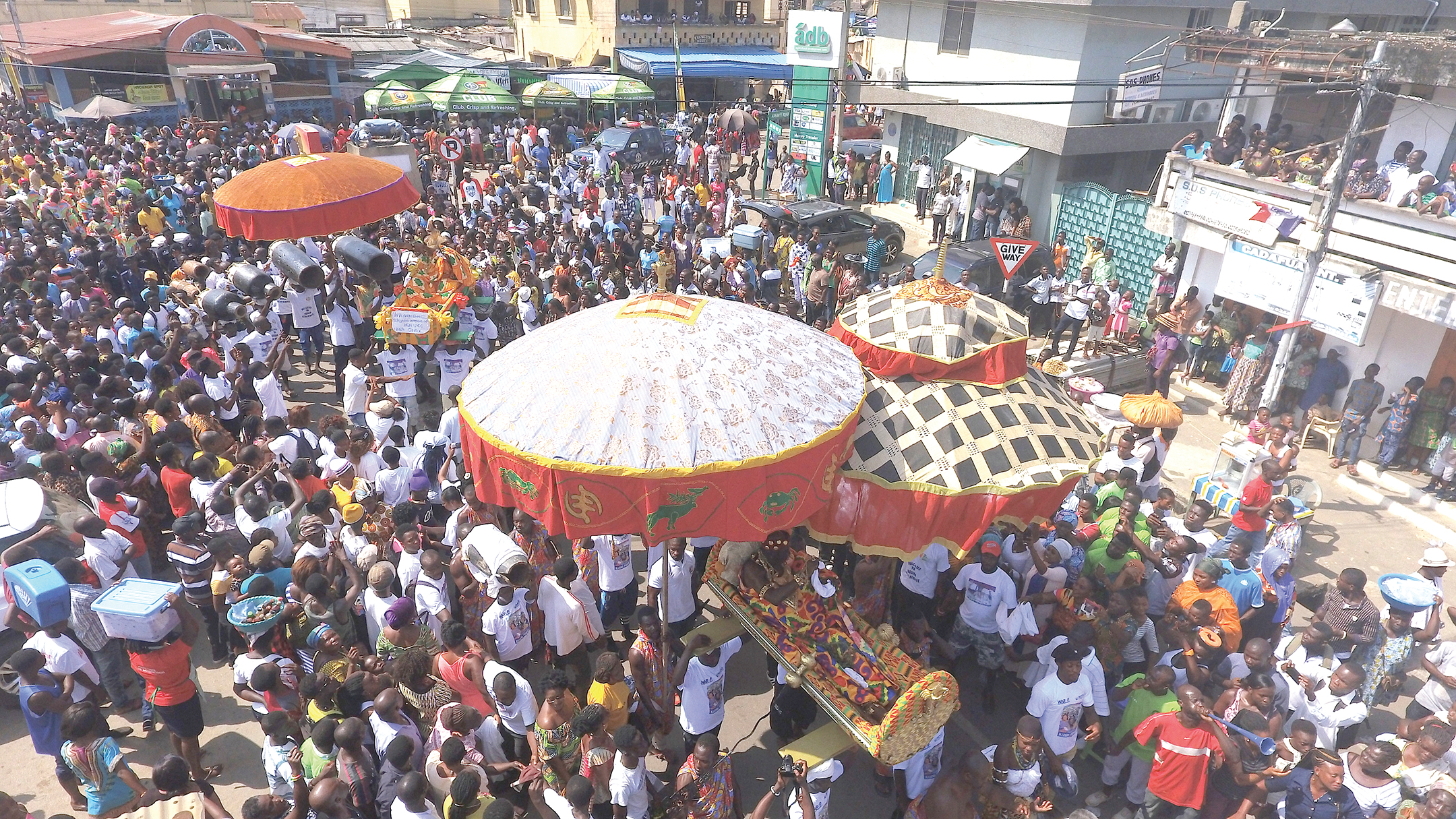 Cape Coast is bubbling with excitement as the chiefs and the people prepare to celebrate this year’s Fetu Festival after a two-year break.

Almost all the hotels in the Central Regional capital have been fully booked ahead of the festival on Saturday, September 3, 2022.

The city is preparing to welcome patrons of its famous Fetu Afahye after a two-year break induced by the outbreak of the coronavirus disease (COVID-19) pandemic.

Traffic in the usually quiet city is beginning to build up and both citizens and visitors have begun arriving, as patrons anticipate that this year’s festival will be a big comeback after the pandemic compelled traditional authorities not to celebrate the festival in 2020 and 2021.

Activities for the festival will be climaxed with a grand durbar of the chiefs and the people of the Oguaa Traditional Area next Saturday, with President Nana Addo Dankwa Akufo-Addo expected to grace the celebration.

The theme for this year’s festival is: ‘Making Cape Coast great again through tourism, education and development’.

Cape Coast is being given a facelift, as both the traditional and local authorities hope to leverage the interest the festival is generating.

When the Daily Graphic went round, it observed that pavements were being painted, while pubs, restaurants and eateries were all rebranding and expanding in anticipation of the huge number of patrons expected to throng the metropolis this week.

Residents said they were excited by the return of the festival.

The Manager of the Ridge Royal Hotel, Samuel Aduama, said the facility had lined up a number of activities, including a family day out on the Afahye Saturday, with a live band and a brunch on Sunday.

A manager at the Samrit Hotel, Godfred Onso-Nyameyeh, said the hotel was fully booked.

“People booked the hotel two months ago,” he told the Daily Graphic.

A Supervisor at the Hutchland City Bar and Restaurant, Emmanuel Hutchland, told the Daily Graphic that the hospitality centre had activities lined up especially because of the festival.

He said, for instance, that there would be a live band throughout the week at the Hutchland City Bar and Restaurant.

“It’s been a while, so we are making sure that all who patronise the facility during the festival will take good memories of Cape Coast with them,” Mr Hutchland indicated.

Although it is a long-term business, the newly opened pork bar, Porky Darl’n Bar-BQue, is also looking forward to leveraging the festival for a good patronage.

The Chief Executive of Porky Darl’n Bar-BQue, Andy Noonoo, said the bar, which opened for business just last Thursday, August 25, was poised to serve tasty and crusty pork prepared under hygienic conditions to its patrons.

The Tina Tavern has also been draped in orange in anticipation of the Orange Friday Carnival held as part of the Fetu Festival.

A supervisor at the Tina Tavern, Ebenezer Amonoo, told the Daily Graphic that it had always been its tradition to run with the orange theme, and that this year was no different, adding that the facility expected the usual heavy patronage.

The owner of Rhabbles Bakery in Cape Coast, Comfort Tekyi, said because of the festival, she had painted and decorated her bakery with a new signpost to attract customers.

Ahead of the commemoration and climax of the festival, the Oguaa Traditional Area had called for partnership to project the area positively and attract investors there for accelerated development.

The Omanhen of the Oguaa Traditional Area, Osabarima Kwesi Atta II, said at a media briefing that collaboration and partnership with stakeholders, including the media, were paramount, as it would promote peace and unity and ensure that the potential of the area was recognised and sold to the world.

He called on institutions, organisations, among others who intended to participate in the Fetu Festival to communicate with the planning committee.

He called on the citizenry, both home and abroad, to support the festivities to make Oguaa great again.

Activities lined up for the celebration include the Emintsimadze Health Walk, clean-up by Asafo companies and the Bakatue.

Also, there will be a health and sanitation day, as well as the launch of the Oguaaman fi lm HIV-AIDS awareness day campaign.

Others are the Mmofra Mmofra Day for children, lagoon cruise, a vigil, a masquerade flout and a Women’s Day.