Can we sue management over dismissed worker?

BY: The Mirror
Category: General News 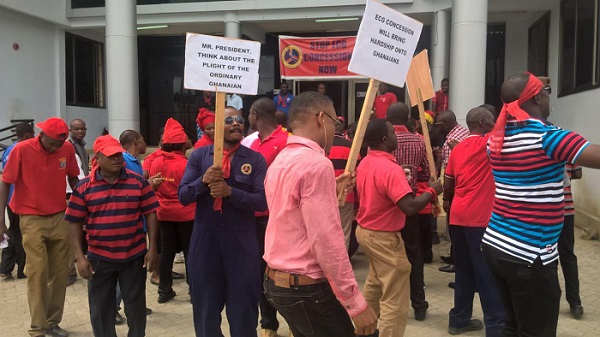 Dear Mirror Lawyer, I have worked at a hotel for the past 15 years.

About three months ago, a worker was arrested for stealing some items from the store room and it was reported to the police.

However, management has decided to dismiss the worker.

Our conditions of service provides that any investigations by the management of any allegation against a staff bordering on criminality shall be reported to the police and that management shall be bound by the decision of the police.

The union asked management not to dismiss the worker but they have refused.

Can we sue management in court?

Dear Daniel, In any such criminal investigations the prosecution is required to establish the guilt of the accused beyond all reasonable doubts.

The burden of proof in criminal cases is, therefore, very high and though a worker may have committed the crime he may still be acquitted and discharged for the failure of the prosecution to marshal all the evidence to establish the guilt.

Under Common law, an employer has the power to dismiss an employee for any criminal act without involving the police or the courts.

That is not to say where there is an incident of criminality in a company, the police should not come in.

The police still have a role to play in investigating and ensuring that criminals are punished according to the laws of the land.

The contract also provided that where an employee was suspected of having committed any offence - warranting police investigations - the employee might be suspended for 30 days and the matter referred to the police for investigation and the employer was to be bound by the result of such investigation.

The employer suspended the employees from duty on the suspicion of their involvement in a fraudulent deal relating to the sale of their products and referred the allegation of fraud to the police for investigation.

However, before the conclusion of police investigations, the employers wrote to withdraw the case from the police and summarily dismissed the workers from their employment.

The workers sued the company.

The court of appeal held that where an employee had been guilty of misconduct so grave that it justified instant dismissal, the employer could rely on that misconduct to terminate the employment in haste or on the spur of the moment and it was not necessary for the employer to give reasons for the dismissal.

The court further held that the reference to the police under the contract of employment was not intended to make the police an umpire or arbitrator who would sit as judge to decide on the industrial conflict between the employer and the employee.

It also held that the police were not obliged to take instructions from the company to put an end to their investigations bordering on criminality.

Also in the case of AFETORGBOR v GHANA AIRWAYS CORPORATION [1989-90] 2 GLR 164 which is on all fours with your scenario, the employee was summarily dismissed from the employment of the corporation.

This was as a result of a missing carton of whisky found after a search in one of the Airlines equipment room.

The worker in the case was in charge and had the key to the room.

A committee of inquiry was set up to investigate the matter after which the worker was summarily dismissal.

The worker contended on appeal that his summary dismissal was unlawful in so far as he was not first found guilty of theft by a court of competent jurisdiction and that the employer should have first caused criminal proceedings to be taken against him and that it was only when the prosecution was successful that the corporation could dismiss him summarily.

The Court of Appeal held that the contention of the worker that his dismissal was invalid in so far as he was not first found guilty by a court of competent jurisdiction was dangerous and unacceptable because it meant that even if an employee stole an employer's property and was arrested or caught "red-handed" he could not be dismissed summarily for stealing because of the collective agreement that says the worker must, first, be convicted by a court of justice.

Based on the decisions of the courts, my advice to the union is that they could only go to court to challenge the termination of the employee if no grounds existed under the contract of employment for the employer to act the way they did.

However, if they only want to go to court because the worker has not been found guilty by the criminal court, then I am afraid they are not likely to succeed.