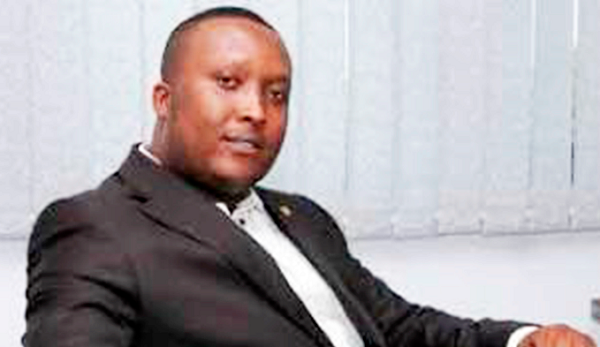 A man, described as a business executive, has found himself on the wrong side of the law for allegedly beating his wife severely, resulting in her death.

Prince Charles Dedjoe has been charged with the murder of his wife, Mrs Lilian Dedjoe.

He was arraigned before the Madina District Court yesterday.

According to the prosecution, the marriage between Dedjoe and Lilian had been on the rocks lately, a situation which led to numerous instances of misunderstanding between them.

The prosecutor, Sergeant Eva Gidiglo, said on March 1, this year, Dedjoe assaulted his wife, which resulted in her sustaining varying degrees of injury, after which she sought treatment at the Madina Polyclinic.

“When Lilian returned home, her condition deteriorated. On March 6, she went into coma and was rushed to the hospital, but was pronounced dead on arrival,” she said.

It was counsel’s submission that his client was not a flight risk but was ever ready to face the wheels of justice and defend himself.

“It is our prayer that he is admitted to bail to enable him to cater for the children,” he argued.

The prosecutor opposed the bail application, on the basis that the court had no jurisdiction to grant bail in a murder case.

The best option for the accused, she said, was for him to seek bail at the High Court.

The magistrate, Ms Maame Efua Tordimah, upheld the arguments of the prosecutor and held that the court had no power to grant the accused bail.

She, subsequently, remanded Dedjoe in police custody and adjourned the case to March 22, this year.