Bushfires claim life, cause destruction to farmlands in U/W Region 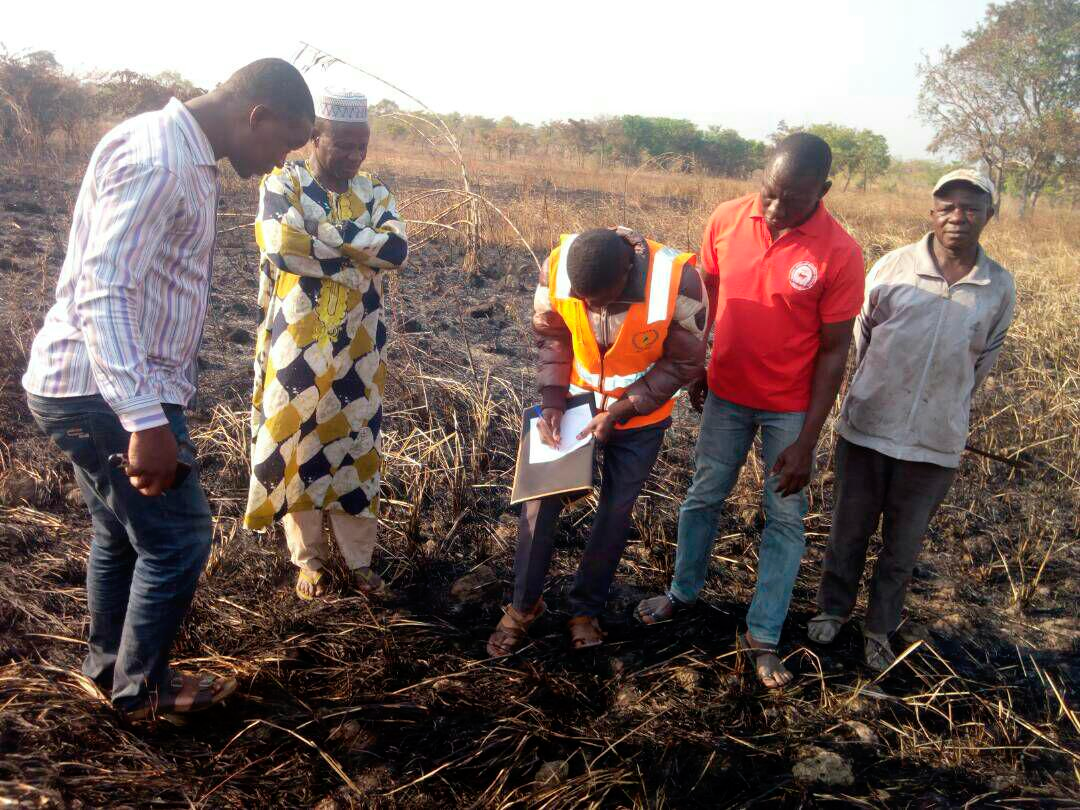 NADMO officials assessing the extent of damage on some farms

Bush fires have claimed a life and destroyed 356.5 acres of farmlands covering a variety of crops at different stages of maturity in the Upper West Region since October this year.

The remains of the deceased, a woman, were found on her rice farm in the Nadowli-Kaleo District after the fires swept through the vast farmlands.

Apart from the Lawra District, all the other 10 districts in the region have experienced their fair share of the ravaging bush fires this year.

Besides the Nadowli-Kaleo District where a life was lost, Daffiama-Bussie-Issa suffered the most, with 104 acres of various crops destroyed by the fires.

A female charcoal burner was arrested in the district on suspicion of being behind some of the fires.

In the Sissala East District, 20 acres of a 60-acre maize farm was burnt. The farm is said to be owned by the district chief executive of the area.

As a result of the magnitude of the devastation, the National Disaster Management Organisation (NADMO) in the region has appealed to the people to be vigilant to help apprehend perpetrators of the annual rituals of bush burning.

The NADMO Regional Coordinator, Mr Seidu Issahaku Suleman, said the situation, if not checked, could cause more destruction.

He stressed the need for farms to be protected, especially at this time of the year.

According to Mr Suleman, his office was still assessing the situation to see how the victims could be assisted.

He further expressed concern that some remote parts of the region could be hit by food crisis in the coming months in the wake of the mass destruction to farm produce, particularly staples such as maize and rice.

The three regions of the north, including the Upper West, have only one farming season in a year due to the rain pattern in the area.The harmattan season that sets in after the rains is usually the period for harvesting.

However, the annual rituals of bush burning in the three regions, which usually leaves in its wake scores of destruction to life and farmlands, has always been a threat to the toils and livelihood of farmers in the area.