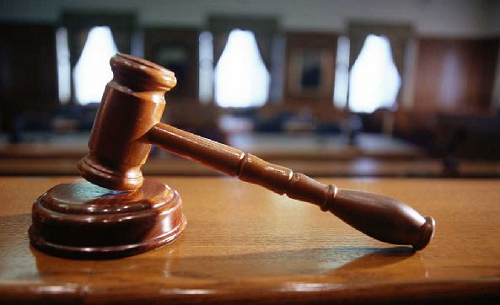 A 19-year-old boy who allegedly dragged a 10-year-old girl into his friend’s room and defiled her at Gomoa Otaprow, near Agona Swedru has appeared before the Swedru Circuit Court.

The girl, a class five pupil (name withheld) had been sent by the grandmother to the uncle’s house to invite him for a discussion when the suspect, Ransford Osompa, an ‘Okada’ rider who was visiting a co-tenant of the girl's uncle, allegedly dragged her into the room and forcibly had sex with her.

Osompa pleaded not guilty to the charge of defilement.

The suspect, whose friend he was visiting was not at home at the time, allegedly covered the girl’s face with a cloth as she was about to knock at the uncle’s door and dragged her into the friend’s room and allegedly had sex with her.

Osompa, who appeared before court presided over by Mr Jonathan Desmond Nunoo, was remanded into police custody to re-appear in court on October 15, 2020.

The facts of the case as presented by the Prosecutor, Chief Inspector Maxwell Boadu were that the victim due to the closure of schools as a result of the outbreak of the COVID-19 pandemic had visited the grandmother for holidays.

According to him, on September 20, 2020 at about 12:30pm, the grandmother sent the victim to invite the uncle for a discussion and met the suspect in the house who was also visiting his friend.

He told the court that the suspect upon realizing the quiet atmosphere in the house, picked a cloth from the friend’s room, covered the victims face and dragged her onto a mattress in the friend’s room, removed her pants and had sexual intercourse with her while her face was covered.

He indicated that the covering of the victim’s face with a cloth by the suspect made it obviously difficult and impossible for the poor girl to scream to even catch the attention of the uncle.

Afterwards, he said the suspect uncovered the victim’s face and warned her not to narrate her ordeal to anyone else he would fish her out and kill her, to which threat the victim obliged.

The prosecutor added that the victim came out of the room in pains, went to deliver the message to the uncle without informing him. She also did not inform her grandmother when she got home.

Inspector Boadu further pointed out that some days later, the grandmother noticed some changes in the victim’s walking and asked her what was wrong with her but she failed to disclose the cause.

He stressed that the grandmother decided to monitor her and realized that the victim’s private part had enlarged and she was experiencing severe pains as well.

He added that the victim was rushed to the Swedru Government Hospital to receive medical care but the medical officer who attended to her after identifying an opening of her private part, advised the family to report the incident to DOVVSU which they obliged.

He added that a medical form was issued to the victim to seek emergency attention after which the medical officer confirmed that the victim had been  defiled.

“Subsequently, a formal complaint was lodged with the Agona Swedru Divisional Unit of the Domestic Violence and Victims Support Unit (DOVVSU) leading to the arrest of the suspect and after investigations, he was arraigned before court”, he said.