Boards of SOEs cautioned against interference 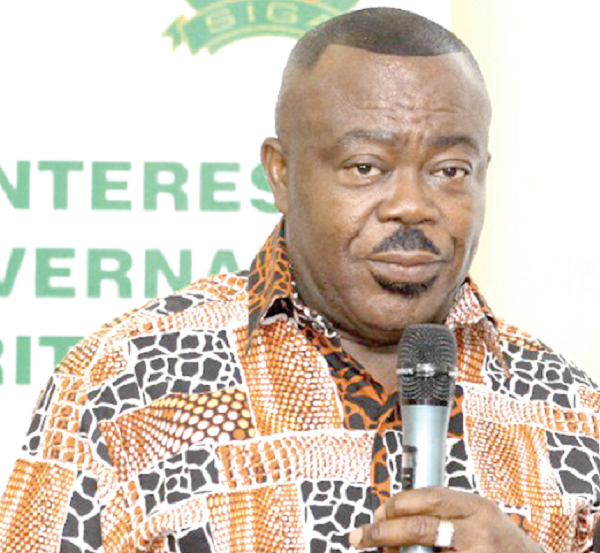 The Director-General of the State Interest and Governance Authority (SIGA), Mr Stephen Asamoah-Boateng, has cautioned boards of directors of state-owned enterprise(SOEs) against interfering in the day-to-day operations of their organisations.

He said the main role of boards was to perform oversight responsibility, including providing strategic leadership to enable the organisations to achieve their targets to propel growth.

Mr Asamoah-Boateng gave the caution at the induction and orientation workshop for members of newly appointed boards of directors of some entities operating under the supervision of SIGA in Accra yesterday.

The workshop was attended by members of the governing boards of various SOEs, who were trained on good corporate governance practices.

Mr Asamoah-Boateng said the policy objective of the government was to build the most business-friendly economy, grow it and create jobs to improve lives.

He said state entities were pivotal to the attainment of such an objective because they were in the critical sectors of the economy, such as energy, trade, agriculture, manufacturing, housing, transport, among others.

“State entities have the potential and a powerful role in national economic development for wealth creation,” he added.

He, however, acknowledged the fact that there were many challenges that prevented the organisations from achieving the government’s objective.

“SIGA recognises this and has been working closely with you to address them.

“The government, through SIGA is committed to taking strategic steps to fix the challenges and restore confidence in state entities,” he added.

Mr Asamoah-Boateng said the government would see to the passage of the SIGA Act, 2019 (Act 990), which would lead to the establishment of SIGA as an entity to enable it to deal comprehensively with such challenges.

“SIGA’s core mandate is to administer and supervise state entities to make them run more efficiently and profitably,” he said.

He also urged the organisations to get the right calibre of members who were independent-minded, with the right qualifications, experience and skill mix to offer strategic directions to ensure efficiency.

Mr Asamoah-Boateng assured the board members of the government’s commitment to see them succeed in their respective roles for the accelerated development of the country.

“It is my fervent hope that the board induction session and other programmes to follow will be successful to enable members to support the management of state enterprises to deliver tangible results,” he said.