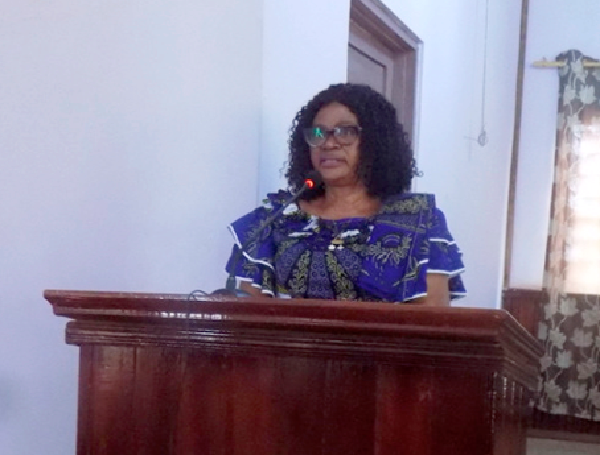 The Birim Central Municipal Assembly in the Eastern Region has started the implementation of its gazetted by-laws on stray animals to raise revenue and improve sanitation in the municipality.

Under the by-laws, the staff of the Environmental Health Division of the assembly are to take custody of stray animals and their owners fined before the release of the animals to the owners.

The caught stray animals are to be sold when their owners fail to pay the fine and collect them within a specific period, and the proceeds paid into the assembly’s coffers.

The Chief Executive of the Birim Central Municipal Assembly, Ms Victoria Adu, announced this at the third ordinary meeting of the assembly for the year at Akyem Oda.

She said the police were empowered to shoot to kill stray pigs because of their wild nature.

Ms Adu said the assembly placed seventh out of the 260 metropolitan, municipal and district assemblies in the country in 2020 for performance in championing local development, as released by the Ministry of Local Government and Rural Development in September this year.

She said for its award, the assembly was presented with a citation, two table top computers and a printer, while the Chief Executive and the Coordinating Director of the assembly were given plaques for their exemplary leadership.

Ms Adu advised the assembly members and the core staff of the assembly to continue to work hard to bring development to the people in the years ahead.

The Eastern Regional Marketing Officer of the Electricity Company of Ghana, Mr Abraham Lincoln, urged the assembly members to expose people who engaged in illegal electricity connections and those who sold unapproved meters to consumers.

He said apart from the identities of the informants being kept secret, the company would also reward them with six per cent of the fines imposed on the criminals.

Mr Lincoln announced that Ghana was the second country after South Africa where almost all her communities were connected to the national electricity grid.

He said the ECG was operating in 88 districts in the country, 14 of which were in the Eastern Region.

Mr Lincoln appealed to the assembly members to contact the ECG staff for assistance before installing street lights.