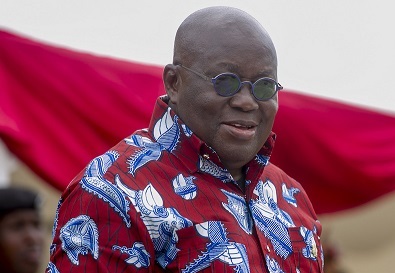 The government and the relevant stakeholders are inching closer to bringing a lasting solution to the long-standing Bimbilla chieftaincy dispute, President Nana Addo Dankwa Akufo-Addo has said.

He indicated that the feuding factions who, hitherto, had taken entrenched positions on the matter, were now reasoning with the mediation committee, ready to reconcile and bring finality to the dispute.

That, he said, was a major boost to the resolution processes.

"Efforts that are being made to resolve the long-standing chieftaincy dispute are making progress; both factions are now ready to reconcile and make peace and we hope that there will be a breakthrough by the end of this year," he said.

Speaking with Bimbilla-based Bead FM during his tour of the area, the President said although the Supreme Court had given a ruling on the matter, there was the need to use customary process to reconcile both factions.

He indicated that the sole arbiter in the Bimbilla chieftaincy dispute, the Awoamefia of the Anlo State, Togbi Sri III, was making significant inroads in the mediation process.

Just as peace has returned to Dagbon, after years of chieftaincy crisis, he said, "the government will do everything possible to bring peace to the area".

“The Supreme Court has made it clear that there was no dispute over the successor; what we need to do now is reconcile both factions and organise a peaceful funeral for the late chief for the succession to follow," he said.

He, therefore, urged the Regent of the Nanung Traditional Area, Nyelinbolgu Naa Yakubu Andani Dasana, to lead the way for the peaceful resolution of the dispute.

President Akufo-Addo also gave an assurance that "no matter how long it takes, the murderers of the late chief of Bimbilla will be brought to book".

Bimbilla, a major transit point on the Eastern Corridor trunk road in the Northern Region, has suffered a series of chieftaincy conflicts spanning many years.

These eventually led to the murder of the Overlord of the area, Naa Dasana Andani, by some unknown assailants at his palace in 2014, plunging Bimbilla into crisis, which led to the loss of many lives, the destruction of properties and the eventual imposition of the prevailing curfew.

The Supreme Court, on Wednesday, May 23, 2018, declared the Dassana Andani Family the rightful rulers of Bimbilla.

However, the ruling hit a snag after both factions could not reason with the outcome.

To bring finality to the issue, President Akufo-Addo appointed the Awoamefia of the Anlo State, Togbi Sri III, to lead the mediation process to help resolve the long-standing conflict.