Be mindful of duty to nation — CDS to soldiers 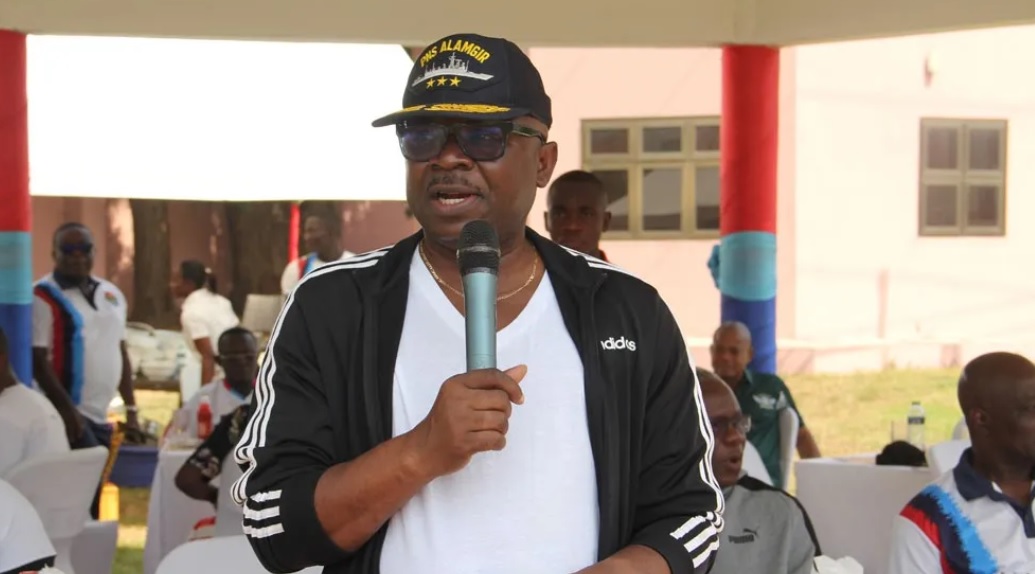 Be mindful of duty to nation — CDS to soldiers
30.5k Shares

The Chief of Defence Staff (CDS) of the Ghana Armed Forces (GAF), Vice Admiral Seth Amoama, has reminded soldiers to demonstrate high sense of commitment and dedication in the discharge of their duties to the nation.

They must uphold discipline, commitment, and professionalism as a mantle in all their roles of endeavour, he stated.

“Let us remind ourselves that it is our duty to support the Government’s effort by providing an enabling security environment for accelerated national development and growth, and thereby improving the livelihood of the citizenry,” he added.

Vice Admiral Amoama, in his address to troops during his end-of-year reception after a health walk, in Accra, said the uniformed personnel owed it a duty to serve the nation.

He encouraged troops to guard the GAF’s reputation of professionalism both internally and more particularly, during international duties such as peacekeeping operations.

“On the International scene, let us continue to maintain our good image and high professional standards in the various Peacekeeping Theatres such as Lebanon, DR Congo, Sudan, South Sudan, Gambia, Mali and Guinea-Bissau,” he said.

He also commended the troops for their loyalty, professionalism, integrity, and dedication to the cause of the nation.

That, according to him, enabled Ghana to secure the needed peace and stability despite the prevailing national challenges.

Stating his priority for 2023, the CDS said he would stimulate enhanced cooperation within the three services to effectively deal with the myriads of threats, especially terrorism, kidnapping, armed robbery, and secessionist inclinations.

Naval Commander Benedict Quayson of the Religious Affairs Directorate of the GAF, in an address to the officers and men, after the health walk at the Nicholson Stadium, said the Military High Command, together with his outfit, had commissioned an amusement centre, and also held an exhibition programme in the year.

He said the initiative was part of a programme that offered their spouses and dependents a platform to showcase employable skills acquired with support from the Ghana Enterprises Agency.

The end-of- year event was also used to honour some officers and men who had excelled in this year’s CDS Prize Essay Competition.

The first position within the other ranks category went to Able Seaman First Class, Emmanuel Baah Junior, who took away an ultramodern Samsung flat screen Television.

This was followed by Lance Corporal Theresa Dentaa, who won the second position, and Lance Bombadier Divine Gbada, who came third.

For the officers’ category, Major Ambitious Nazar won the first position in the competition, and received a Samsung flat screen TV.He was followed by Lt. Col. Awintera Abugri and sub–Lt. Judith Dela Abra Gbenah, who came second and third respectively.