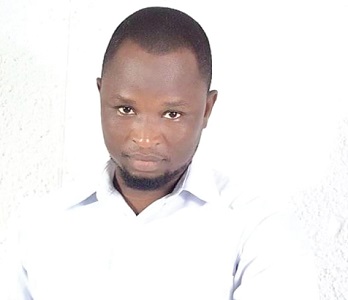 The Bolgatanga Circuit Court has remanded in prison custody a 41-year-old teacher of the Bawku Secondary Technical School in the Bawku municipality for unlawful possession of firearm.

He pleaded not guilty to both charges and was subsequently remanded by the court, presided over by Justice Alexander Graham, a High Court judge sitting as an additional Circuit Court judge, last Friday.
Hearing of the case continues on August 24, 2022.

The Presiding Judge, after taking the plea of the accused, asked: “You know the security situation in Bawku which has been lingering for many years, claimed many lives and continues to negatively affect social and economic activities in the area. Why did you decide to buy a firearm to be transported to you, which is likely to be used to fuel the unending Bawku chieftaincy dispute between the Kusasis and the Mamprusis?”

The accused, answering, said: “My Lord, I did not ask my friend to send me a firearm; rather, I asked him to send me kontomire and cocoyam, only for the item in the parcel to turn out to be a firearm.”

His response threw the presiding judge, some staff of the Judicial Service and others in the courtroom into laughter.

Prosecuting, Chief Inspector Lydia Doefee Wemegah told the court that about 9:30 a.m. on Thursday, August 4, 2022, intelligence was gathered by Assistant Superintendent of Police (ASP) Gabriel Asagkpare and ASP Charles Simpa that a Pusiga-bound bus from Kumasi, with registration number AK 397-20, was coming to Bawku, suspected to be carrying arms and ammunition.

She said the two senior officers, together with operational men at the Bawku Highway barrier, intercepted the bus at the barrier and a search conducted in one of the side booths led to the retrieval of a parcel wrapped with a violet polythene bag and well Sellotaped.

She noted that when the suspicious parcel was opened, an automatic Bruni 96 pistol 8mm, plus four packets each containing 50 federal centre fire pistol cartridges, making a total of 200 rounds, was found.

The prosecutor said upon interrogation, the driver’s mate told the police that somebody called Thomas had given him the parcel in Kumasi, with the telephone number of the recipient, who is based in Bawku, attached to it to deliver the parcel to him.

She said the driver’s mate called the number and the accused responded, after which an arrangement was made for the parcel to be delivered to him (accused) in Bawku when the bus got there.

She noted that the police officers, in their quest to arrest the owner of the parcel, followed the bus to Bawku, where the recipient was anxiously waiting for his parcel.

Chief Inspector Wemegah said the accused, who lives at Zoogo, a suburb of Bawku, surfaced at the station to collect the parcel, and when he spotted the driver’s mate in the company of policemen, he took to his heels to escape arrest.

Subsequently, he was given a hot chase by the police, who managed to effect his arrest, and after his caution statement, he was charged and arraigned.