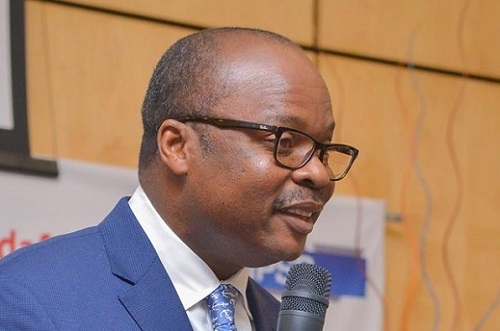 The International Monetary Fund (IMF) has stated that the country would have paid a costly price if the Bank of Ghana had not intervened to reform the banking sector.

At a news conference in Washington DC in the United States as part of the ongoing IMF/World Bank Annual Meetings, the Director of the African Department at the IMF, Mr Abebe Aemro Selassie, said real-time supervision was required by the regulator to avoid a collapse of the financial sector.

“The alternative to not cleaning up the banking sector is even a bigger cost to the budget and to the economy as this can cause a disruption,” he said.

The Bank of Ghana has since 2017 embarked on an expansive clean-up of the financial sector that cost the economy close to GH¢14 billion.

The World Bank has also supported the reform, calling it urgent.

The reforms announced in September 2017 triggered a series of capital-raising efforts by banks, ranging from initial public offerings to rights offers and mergers, while the central bank revoked the licenses of at least seven banks.

The reforms have also seen the announcement of a raft of directives, key among them being the increment in minimum capital requirement from GH¢120 million to GH¢400 million which came into effect on December 31, 2018.

Critics say the financial sector reform is too costly with its attendant jobs losses of an estimated 20,000 people in direct employment of the collapsed banks, 386 microfinance and micro credit companies and 23 savings and loans companies.

But the Director of the African Department of the IMF said the consequences of not intervening would have been dire for the economy.

“We have seen what failings have done to the global economy and you don’t want that in your country,” he said in response to a question by the Daily Graphic.

“Let’s avoid the kind of damage that banks failing, banks and financial sectors failing, can have globally.

We just have to look back to the global financial crisis and the turmoil it’s caused in countries such as the United States and many European countries,” he said.

Mr Selassie said Ghana, like every country, needed a very healthy financial sector which was key to propelling it into an emerging market.

He said banks that were robustly capitalised were a source of strength for an economy and that the broad direction of the financial sector clean-up should be geared towards having a stable economy.

He said as long as the move by the central bank was geared towards creating a stronger financial sector, it had to be commended, especially as this was tied to the overall health of the economy.

But the Africa Department boss of the IMF cautioned the Bank of Ghana, saying the challenges with the banks underscored the essence of real-time supervision.

“The central lesson here and a real important takeaway is a real-time regulation to make sure banks are adhering to all the requirements to practice safe banking,” he said.

“Financial sectors are deepening, the importance of upgrading banking supervision, banking regulation is going to be really important to avoid the risk of the banking sector collapse,” he emphasised.

The collapse of the banks has been attributed to years of weak risk management, poor corporate governance and non-compliance to professional rules and ethics by officials, including central bank supervisors.

So far, about 50 directors and owners of seven collapsed banks are being prosecuted, as receivers for the banks have begun legal proceedings against them for their roles in the collapse of the banks.