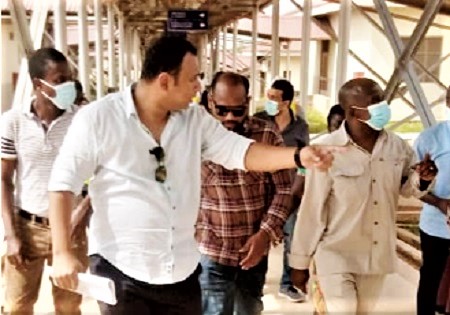 The Resident Engineer in charge of the construction of the Ashanti Regional Hospital has stressed that the project will be completed by the close of next month.

Amer Farouk said the remaining work, mainly consisting of minor installations - including connecting the hospital to the national grid - and testing of equipment, constituted less than two per cent of the total work burden.

"The other small part of the access road is not within the scope of the contract, but even that is partly done," Mr Farouk said when he conducted the Ashanti Regional Minister, Simon Osei-Mensah, around the facility.

Mr Osei-Mensah visited the regional hospital at Sawua and the Asante Akim Central Municipal Hospital at Konongo to inspect the extent of progress of work on the two projects being undertaken by Egyptian investment company, Euroget De-Invest.

Mr Farouk said he did not foresee any changes in the completion schedule given the amount and nature of work remaining.

Mr Osei-Mensah expressed satisfaction with the progress of work, and urged the engineers to adhere to the completion schedule.

He said the government would ensure that such state facilities were delivered on schedule and according to specifications for the general good of the public.

It also has a 20-unit staff accommodation, a park for 150 cars, an ambulance station, and housing for lactating mothers, with the infrastructure sited on a 12,500 square-metre area.

The projected handover of the regional hospital to state authorities will likely coincide with a similar ceremony for the Asante Akim Central Municipal Hospital, which the engineers said had travelled 99 per cent as of last week.