Asabee mourns with Rawlings and family 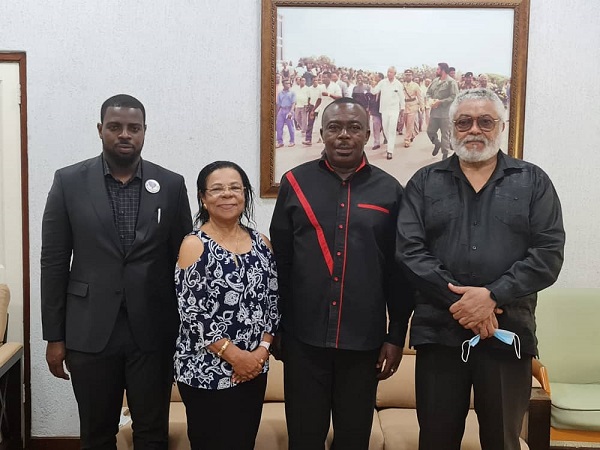 The Director-General of the State Interests and Governance Authority (SIGA), Mr. Stephen Asamoah Boateng has commiserated with former President Jerry Rawlings and his family following the death of the latter's mother.

Mr. Asamoah Boateng who paid a courtesy call on Rawlings at his Rigde office in Accra, also signed the book of condolence and prayed for eternal rest for the late Madam Victoria Agbotui.

Rawlings who welcomed Asamoah Boateng, recounted stories about their relationship and described Asabee as an honest person.

"You were a stubborn boy those years but I also know you are an honest and courageous person", former President Rawlings said.