Armed robbers kill 3, injure one at Manso Dadease in a gold 'heist' 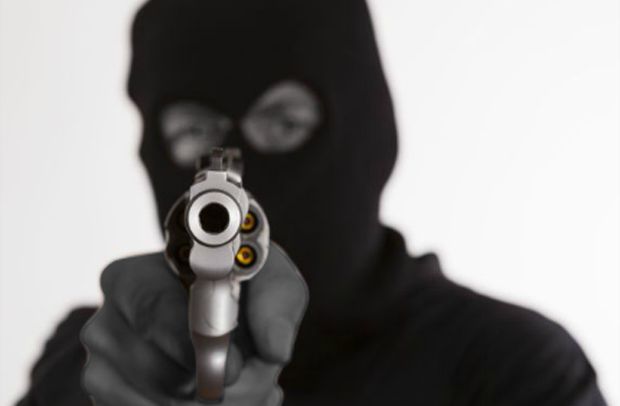 About eight suspected armed robbers last Monday evening shot and killed three people and critically injured another at Manso Dadease in the Amansie West district of the Ashanti Region.

The robbers, who succeeded in robbing a gold dealer of four pounds of gold and a cash of GHc17, 000 started shooting indiscriminately whilst fleeing and the process killed the three and injured one person.

Graphic Online’s Kwadwo Baffoe Donkor reports from the Ashanti Region that the injured person was in a critical condition at the St Martins Catholic Hospital at Agroyesum in the Manso area of Ashanti.

The deceased included the personal driver of the District Chief Executive of Amansie West, who was returning from a public education programme.

The incident is said to have occurred around 7:45 pm Monday.

The deceased have been identified as Kwadwo Danso, 60 years, Emmanuel Osei, the driver of the DCE and a 25-year old man only identified as Osofo. The bodies have been deposited at the St Martin Hospital mortuary.

He said when the police moved to the scene, they found the bodies of the deceased and the injured.

He said the police also retrieved two spent shells and six AK47 cartridges on the scene.

According to him, preliminary investigations as of now indicates that the robbers numbering about eight armed with four AK 47 assault rifles and three pump action guns at about 7 pm attacked a gold dealer shop known as PK Adom at Manso Dadease and succeeded in robbing the shop of four pounds of gold and cash of GHc17, 000.

He said in their attempt to escape, the robbers started shooting at anyone they saw which led to the killing of the three and causing injury to the fourth person.

On Tuesday, the Regional Crime Officer, Assistant Commissioner of Police (ACP) Mr Felix Cosmos led a team of investigators to the crime scene to start investigations.