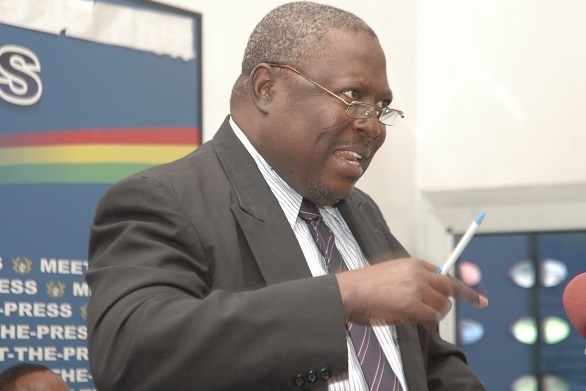 In a letter dated Friday, November 13, the Special Prosecutor said although he had not started investigations in the “Contracts for Sale”, the basis for which Mr Adjenim Boateng Adjei’s appointment was terminated by the President, his office was also investigating allegations of corruption levelled against him by the Secretary to the President.

While commending CHRAJ for their report which led to the termination of appointment of Mr Adjei, Mr Amidu said, “The only problem with the CHRAJ report is that for some reason it understates the amounts disclosed by the bank statements from the three banks accounts of Mr. Adjei exhaustively reviewed by the Auditor General for this Office.”

He said his investigations had revealed overwhelming documentary evidence against the former PPA boss.

Amidu: My investigators on former PPA’s boss case have been compromised

He noted however that the investigations were “unduly delayed for no apparent reasons.”

He said his office was conducting the investigation in collaboration with the Auditor General, but that collaboration was cut short after it was revealed that his investigators had been compromised.

“The resolution of the Adjenim Boateng Adjei case was taking too long to investigate because my seconded staff investigators appeared compromised. I, therefore, asked for an interim report to be submitted to the President on the referral on the Adjenim Boateng Adjei case. When the first draft report was submitted to me, I felt scandalized. I called a management meeting on 10th August 2020 with the investigators and pointed out how the incriminating evidence in their possession were inconsistent with their interim report.

“I suspended all on-going investigations in all cases except those affecting pending cases in court. I tasked the investigators to tabulate within one week the total deposits Mr. Adjei had made into his bank accounts. This is still outstanding to date. On the same day, 10th August 2020, I wrote a memorandum to the Acting Head of Investigation expressing my concerns. In this memorandum, I stated inter alia that: "If you did your calculations and analysis you will come out with the following closing balance of deposits for Mr. Adjei from 2017 to 19 August 2019: