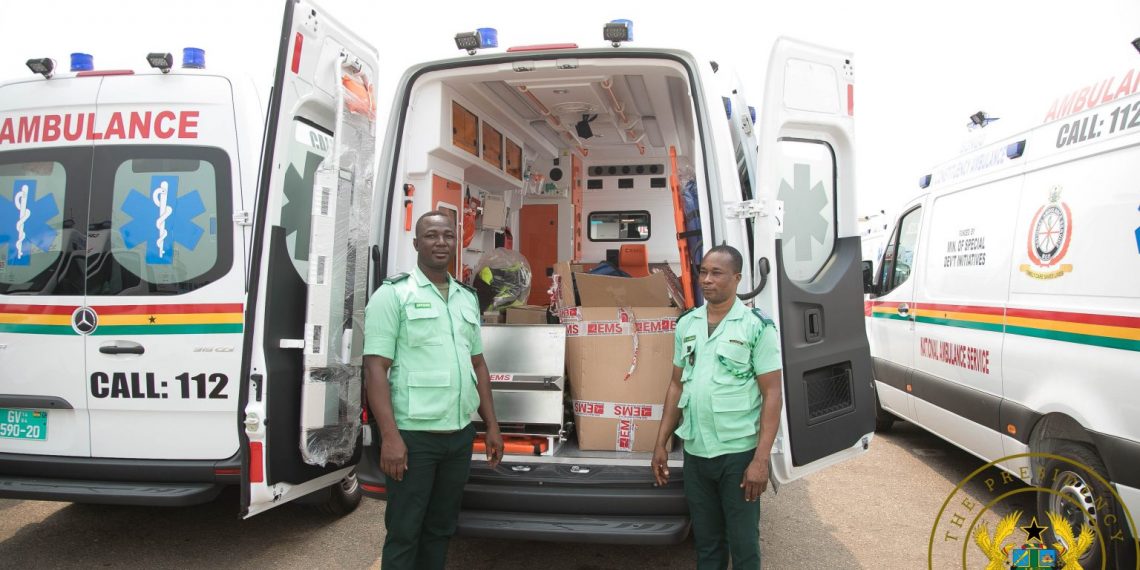 The Emergency Medical Technicians Association of Ghana (EMTAG) has called on the police to provide escort for ambulances transporting patients under certain conditions and also in circumstances such as conflicts.

The association has consequently expressed concern about the incessant attacks on their members in the discharge of their duties.

It mentioned assaults, manhandling and even armed robbery attacks where ambulances were shot at as some of the attacks the association members had had to endure in the course of their duties.

Emergency medical technologists are on board ambulances providing out-of-hospital care to the sick, injured and critically ill patients.

This could be road traffic accidents, domestic or industrial accidents, and also provide medical cover during mass gatherings.

At a highly charged news conference to register their displeasure at the incessant attacks on them, the President of EMTAG, Michael Dimongso Gaani, said from 2012 to 2021, there had been 13 different documented incidents of attacks on their members, with 11 of the attacks being robbery, one a mob action and the last being a hostage incident involving their member in a private residence.

He explained that the association had in all these attacks remained quiet, but that the latest incident involving emergency medical technologists (EMTs) of the Zebilla District Ambulance office crew, who were attacked while transporting a patient from the Presbyterian Hospital in Bawku to the Tamale Teaching Hospital, had forced them to break their silence.

In that May 11, 2022, incident, Mr Gaani said the ambulance was stopped by an unknown gunman who fired several shots into the ambulance, and when the medic driver managed and stopped, a gang of people rushed on the EMTs who tried to run for their lives and beat them mercilessly.

“According to the EMTs, the people told them that they would kill them because they were saving the victims anytime they were shot. As EMTs, we are not interested in any tribal conflict. We were only called to transport a victim of road traffic crash, but when the crew arrived at the facility they realised it was a gunshot victim. We, therefore, want to appeal to health facilities to be fair to us about patients' information.

“The lives of our members have been under a serious threat from the incessant attacks. This has put our members and their families in a state of fear and despair anytime they are on duty. The unanswered question that lingers in the minds of all EMTs is what could be the motives of these assailants on our members? What on earth are these armed robbers looking for in an ambulance? It is outrageous to think that someone could choose to deliberately target an emergency vehicle, an ambulance for that matter which is responding to a patient,” he said.

He also called for an investigation into the attacks in order to help bring the perpetrators to book.

Touching on their conditions of work, Mr Gaani called on the Ministry of Health and the Fair Wages and Salaries Commission to expedite action on the realignment of EMTs cadre with their counterparts in the health sector as stated in the Single Spine Pay Policy.

The Deputy General Secretary of the Health Services Workers Union of the Trades Union Congress, Patricia Ofosua Tweneboah, appealed for adequate and appropriate security measures to protect EMTs so that they could execute their duties efficiently.

Additionally, she said, the government must investigate all the attacks on EMTs to bring the culprits to justice.

“The Health Services Workers Union will want to state that it is the right of every EMT member to live and not to die because they render good services. Their health and lives are paramount and must be treated with the needed care,” she stated.