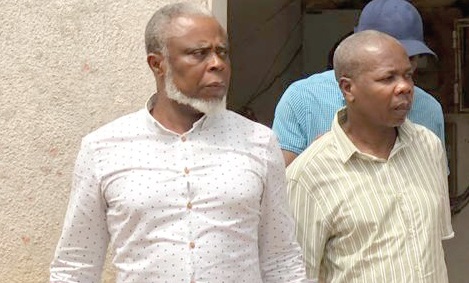 Counsel for one of the 10 persons accused of plotting to overthrow the government has challenged the sixth prosecution witness’ authority to testify on portions of an audio and video the witness tendered in as part of his evidence-in-chief in the case.

The said videos and audios contain voices and images of meetings supposedly held by the accused persons.

The sixth prosecution witness, Mr Isaac Owusu, a lecturer in Spanish at the Ghana Institute of Languages (GIL), was the coordinator of the team tasked to transcribe the videos and audios of the meetings.

Under cross-examination of counsel for Johannes Zikpi, Mr Anthony Lartey, suggested to the witness that he was not the proper person to testify on the transcription and translation of the Ewe language portions of the audios and videos.

It was counsel’s position that since the witness did not personally take part in translating the work from Ewe to English, and had no personal knowledge of the translation and transcription in respect of the Ewe language portions of the videos and audios, he (witness) had no authority to testify on them.

However, Mr Owusu in his response said, “It was a teamwork so where I did not have the competence in a particular language, that portion was assigned to those team members who are competent and proficient in that language being transcribed”.

Again, counsel further accused the witness of altering or modifying the videos or audios by adding his words and explanations.

The witness disagreed with counsel and said the team was guided by the professional ethics of being truthful and professional in handling documents of such nature.

Mr Lartey further suggested to the witness that he had no information linking any of the accused persons to any alleged coup plot.

The witness in his response said, “I am not able to answer the question for the simple reason that my task was to transcribe the audios and videos and that is exactly what I did”.

The 10 accused persons are alleged to be part of Take Action Ghana (TAG), a non-governmental organisation (NGO), which the prosecution argued had been planning to destabilise the country and take over the reins of government.

The others are Donya Kafui, a blacksmith; Bright Alan Debrah Ofosu, a fleet manager, and Johannes Zikpi, a civilian employee of the Ghana Armed Forces (GAF).

The case is before a three-member panel of the Accra High Court, presided over by Justice Afia Serwaah Asare-Botwe.